The 2020 Chevrolet Corvette Stingray isn’t even in production yet, but the high-performance sports car is already on the wrong side of the law.

Police clocked Alexander Thim and Mark Derkatz going 100 mph in a 45 mph zone, and said Thim hit 120 mph at one point. The cars were presumably pre-production vehicles being used for development.

Automobile magazine reported that the two men are engineers for the automaker. A GM spokesperson told the magazine it was aware of the incident and is investigating. 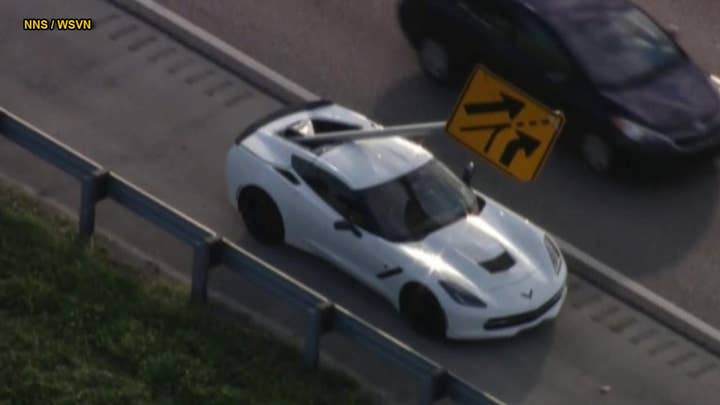 A third Corvette was present but not involved in the infraction, police said.

Thim and Derkatz were released on a $1,000 bond after being booked for racing on a public highway, reckless driving and speeding.

On Monday, the 2020 Corvette Stingray was named 2020 North American Car of The Year and Chevy is expected to begin building models for sale in February.