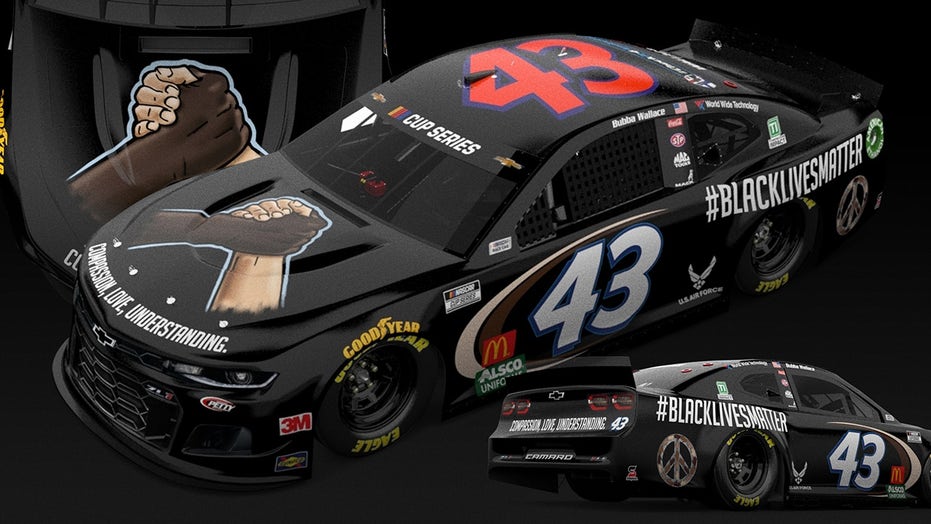 Richard Petty Motorsports will be fielding a #BlackLivesMatter-liveried car for Bubba Wallace at Martinsville Speedway for Wednesday night's NASCAR Cup Series race in solidarity with the widespread movement against racial injustice.

Wallace is the only African-American currently competing in the NASCAR Cup Series and has become a central figure in the sport’s response to issues raised in the wake of the death of George Floyd while in Minneapolis police custody.

The Alabama-born driver wore an "I Can’t Breathe/Black Lives Matter" T-shirt during a pre-race ceremony in Atlanta on Sunday and has since called for NASCAR to ban the display of Confederate flags at its events.

“I think it’s going to speak volumes to, you know, what I stand for, but also what the initiative that NASCAR, the whole sport is trying to push,” Wallace said of the paint scheme in a video posted to the team’s Twitter account.

The 26-year-old said the team came to him with the idea last week on Blackout Tuesday. It didn’t have a sponsor set for Martinsville and first suggested that they run a blackout car, then decided to add the messaging to further support the cause.

“It’s the most powerful hashtag going around today,” Wallace said.

“It’s not that we’re saying no other lives matter. What we’re trying to say is black lives matter, too. If we put T-O-O on the end I think a lot more people would understand it.”

The design includes black and white hands intertwined on the hood over the words “Compassion, Love, Understanding” and peace signs that are a throwback to the ones Richard Petty added to his cars in the 1970s in support of ending the war in Vietnam.

Wallace said he’s particularly excited to be driving the car at Martinsville, which he called his favorite track and where he won twice in the NASCAR Truck Series.