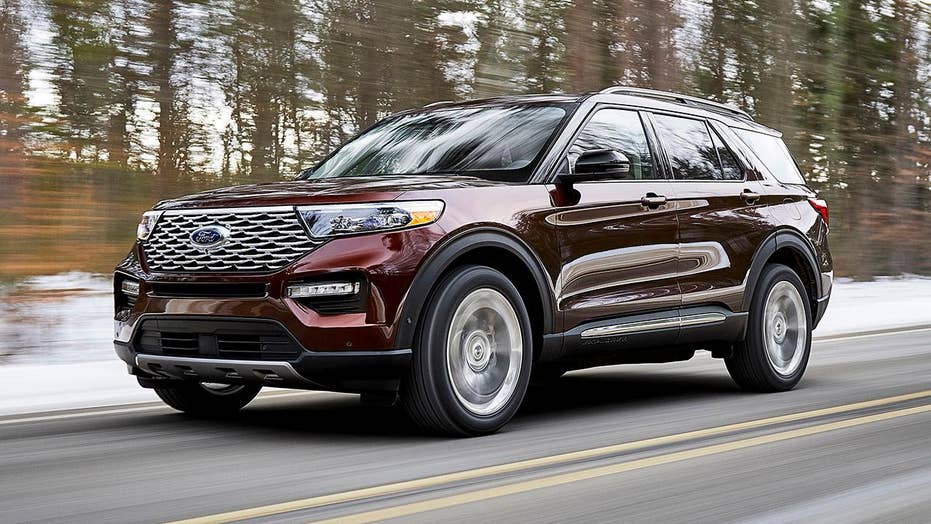 Ford is planning an onslaught of new SUVs and it starts this summer with an all-new Explorter that is the most powerful and high-tech one ever made.

The all-new 2020 Ford Explorer looks a lot ike the old one, and that’s intentional.

As one of the original popular SUVs, and the best-selling large utility in recent years, it’s earned icon status and Ford doesn’t want to disappoint its faithful fans. But it’s a radically-different vehicle under the skin.

The new Explorer is built on a rear-wheel-drive platform it shares with the upcoming Lincoln Aviator. This improves its performance and capability compared to the old front-wheel-drive setup and allows for a longer wheelbase that increases its interior space, even though it’s not any bigger one the outside.

All-wheel-drive will be available, of course, and there is a selection of powertrains that includes a 300 hp turbocharged four-cylinder, a hybrid, and a 365 hp V6 turbo, each equipped with a 10-speed automatic transmission.

Pedestrian-detecting automatic emergency brakes come standard, along with a blind-spot warning system, backup camera, power liftgate and an 8-inch touchscreen infotainment system, which can be replaced by a 10.3-inch tablet-style screen on higher trims.

And adaptive cruise control system that reads speed limit signs and adjusts its speed accordingly is optional, and you can set it to go as high as 10 mph over the limit. (You might be tempting fate if you do, as there will also be a law enforcement version of the Explorer.) An available hands-on lane-centering assist system does its best to turn the Explorer into a slot car, while a self-parking feature can pull into a perpendicular or parallel space without the driver needing to steer, brake or shift.

Although the Explorer is primarily aimed at family car duty, the cargo area is wide enough to accommodate a 4-foot-wide sheet of plywood and it can tow up to 5,600 pounds with the V6.

Prices will start at $33,860 for a four-cylinder, rear-wheel-drive Explorer when it goes on sale this summer, which is just $400 more than the outgoing model.