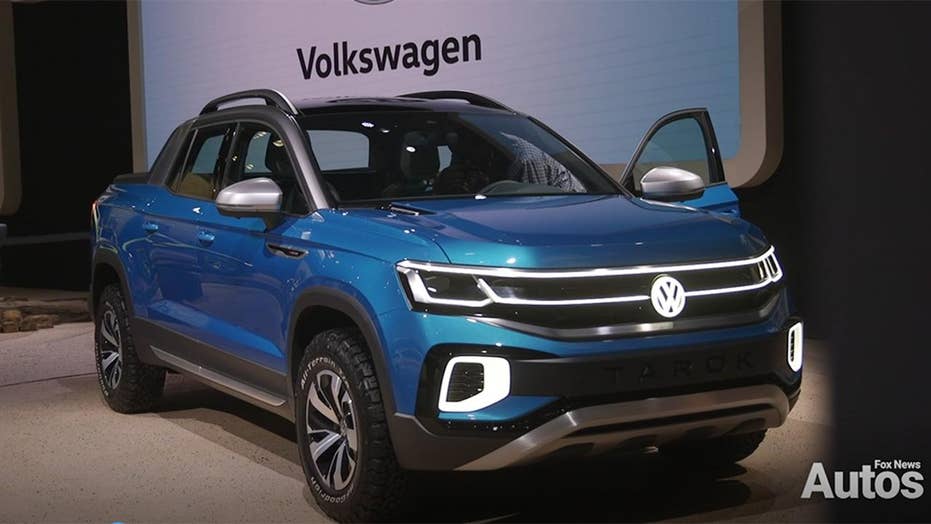 Volkswagen's Tarok is the small pickup it thinks you want

The Volkswagen Tarok compact pickup was built for South America, but could come north if enough people say they want one.

Like many automakers, Volkswagen is shifting its lineup away from sedans and hatchbacks in favor of utility vehicles and possibly pickups. Heck, it even killed the Beetle. But the company named after the People’s Car knows a few folks still want a car, so it’s launching a new one.

The 2019 Arteon is VW’s new flagship sedan, and a very long-overdue replacement for the CC. The CC was a niche product that sold in the low thousands in its best years (and much less in its worst), but always served as an image-maker for the brand.

HERE'S THE SUV VW WILL BUILD INSTEAD OF THE BEETLE

The Arteon retains the CC’s “comfort coupe” design, but adds a lot of style. It has a dramatically low nose with a razor-blade grille, long character lines and a strong set of shoulders over the rear fenders created by the tapered greenhouse, which conceals a large liftback in lieu of a trunk. In person, it pops.

It’s essentially VW’s version of the Audi A7, but with more rear legroom than you’ll know what to do with, unless you’re on an NBA contract. Since it starts at $36,840, or about half of what an A7 goes for, you might even be able to afford one if you’re only playing in the G-League.

That price gets you a front-wheel-drive Arteon powered by a 268 hp turbocharged four-cylinder -- the key feature that sets it apart from the similarly sized, lower-priced, less powerful and very conservatively-styled Volkswagen Passat. The others are the optional 4Motion all-wheel-drive system and the fact that the Arteon is made in Germany, not Tennessee. Load it all up, and you’re looking at $47,205.

The Arteon’s interior design is a particularly chic version of VW’s signature “accent bar across a black dashboard” look, with the perfect amount of buttons and knobs to complement its touchscreen infotainment system. An analog clock and available digital instrument cluster dress up the place, but you’ll find hard plastic and rubbery composites everywhere. Leather is reserved only for the steering wheel and very comfortable seats that come with a massage function up front on higher trims.

A standard adaptive suspension system with computer-controlled shock absorbers further enhances the comfort and improves handling. I wouldn’t call the Arteon a sports sedan, and the built-in lap timer will likely go to waste, but it is the good kind of fleet car.

The power delivered through its 8-speed automatic transmission and the ride quality are equally smooth, and the Arteon is as quiet as the proverbial bank vault. The 700-watt Dynaudio stereo that comes in top of the line models is definitely not.

Automatic emergency braking is standard, and the adaptive cruise control and lane-keeping assist systems are both impressive examples that help turn the Arteon into a supreme highway machine. The substantial cargo bay can handle a long road trip’s worth of luggage even before you fold down the rear seatbacks, adding quite a bit of utility.

Where the Arteon comes up short is on fuel economy, with an EPA rating of just 31 mpg highway for front-wheel-drive models and 27 mpg with 4Motion, while the 335 hp all-wheel-drive A7 manages 29 mpg.

Nevertheless, if you want to stand out by literally keeping a low profile, the Arteon’s blend of size, sleekness and sophistication make it worth a look.