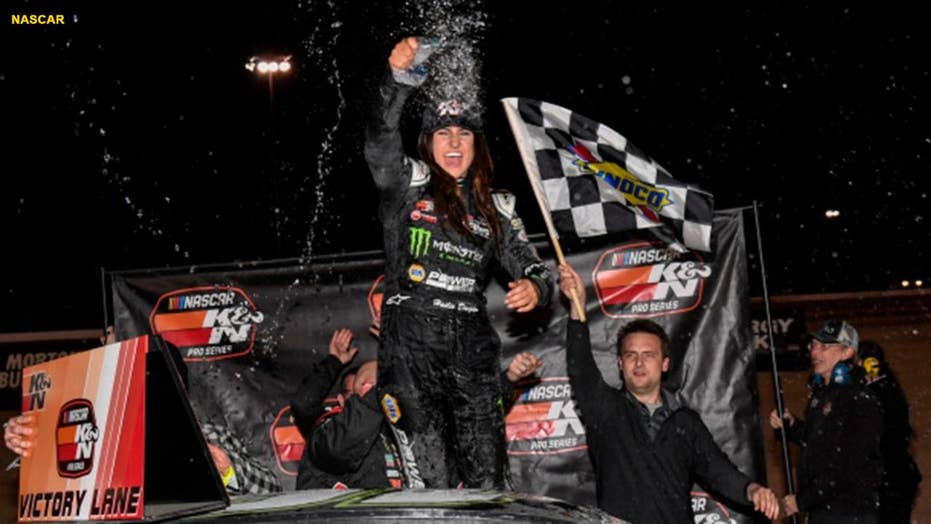 “I had to do something to make the move. So I shoved my nose in there, squiggled my way through that corner and just parked around the bottom of [turns] 3 and 4 and got it done,” Deegan told Nascar Home Tracks after the win.

“Oh I think her move was fine,” Jones said. “I mean she didn’t really do anything too bad. It’s just the lapped car cut me off in front. It just pushed me up the track. Once that all happened she had a whole lane to herself. It was kind of given to her, which is unfortunate on the last lap. It just sucks sometimes.”

The 17-year-old daughter of X-Games star Brian Deegan is the only woman to have ever won an event in the series. She took her first checkered flag last September in Idaho with a similar “bump and run” move at the end of the race.

“You don’t gotta lead every lap, just the one that counts,” Deegan tweeted after the victory in Vegas.

With the win, Deegan also becomes the first woman to lead the series points standings.

She’ll be looking to defender her position at the next stop on the K&N Pro Series West tour at Irwindale Speedway on March 30.