Russia issued a stark warning to Britain at the United Nations Security Council Thursday, saying “you’re playing with fire and you’ll be sorry” amid tensions over the poisoning of a former Russian spy and his daughter living in the U.K.

“We have told our British colleagues that ‘you’re playing with fire and you’ll be sorry’,” he said at the meeting.

“We have told our British colleagues that ‘you’re playing with fire and you’ll be sorry’."

Sergei Skripal and his daughter Yulia were the targets of a nerve-agent attack on March 4 while living in England. Tensions between the two countries have reached a level not seen since the end of the Cold War.

The Russian official mocked Britain and suggested anyone who ever watched TV crime shows would know “hundreds of clever ways to kill someone” to illustrate the “risky and dangerous” nature of the method Britain claims was used to poison the former spy and his daughter.

The British government said there is evidence Moscow carried out the attack, an allegation the Kremlin denies. The UK, together with its allies, has expelled numerous Russian diplomats from their countries. Russia reacted with expulsion of Western diplomats.

Moscow has seized on the revelation that there is disagreement in Britain whether the poison attack came from Russia. The British Foreign Office admitted this week that it deleted a Twitter post claiming experts had “made clear” the nerve agent was “produced in Russia,” Sky News reported.

The now-deleted tweet said “analysis by world-leading experts at the Defence Science and Technology Laboratory at Porton Down made clear that this was a military-grade novichok nerve agent produced in Russia." 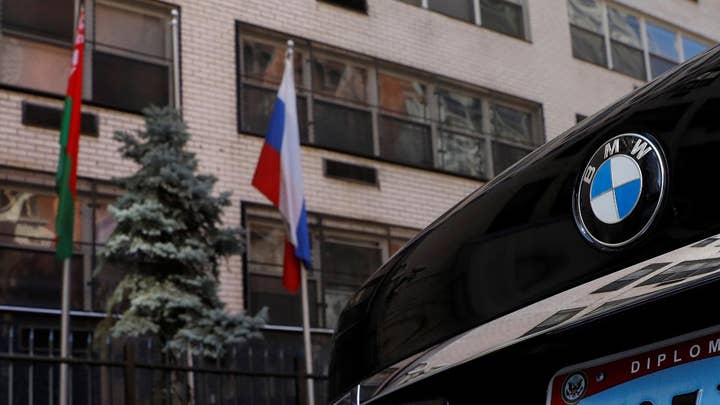 This came after the head of the laboratory told Sky News on Tuesday that they could not yet prove the nerve agent used to poison the former spy and his daughter was produced in Russia.

But British U.N. Ambassador Karen Pierce told the Security Council that her country’s “actions stand up to any scrutiny” and said that “We have nothing to hide ... but I do fear that Russia might have something to fear.”

“Allowing Russian scientists into an investigation where they are the most likely perpetrators of the crime in Salisbury would be like Scotland Yard inviting in Professor Moriarty,” she told reporters on Thursday, referring to a fictional criminal mastermind character from “Sherlock Holmes”.