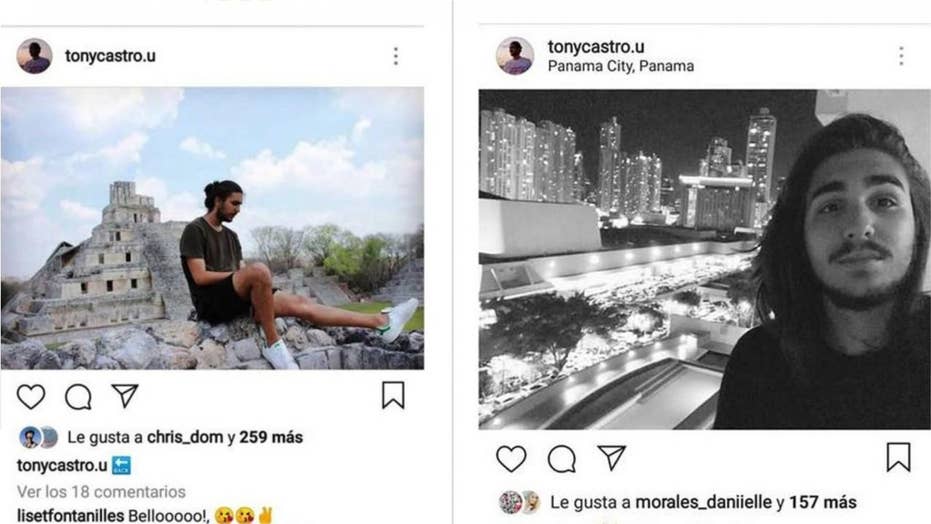 Castro grandson under fire for flaunting decadent lifestyle on Instagram

Tony Castro, who is in his early 20s and a spitting image of his grandfather, has been posting photos on his private Instagram account showing off his BMW, meals at posh restaurants around the world, and luxuriating aboard a yacht.

Photos of young people living it up and flaunting their material trappings are nothing new on social media.

Except when it’s the grandson of Fidel Castro, the late Cuban Communist leader.

Tony Castro, who is in his early 20s and a spitting image of his grandfather, has been posting photos on his private Instagram account showing off his BMW, meals at posh restaurants around the world, and luxuriating aboard a yacht.

Photos obtained by El Nuevo Herald from an Instagram follower of the young Castro showed him at Chanel Havana fashion shows, along with sojourning in the Maya Riviera and Barcelona, among other trendy spots.

That's not sitting well with Cubans on the island or exiles in South Florida, who note most Cubans are expected to live on an average salary of $30 a month and rationed food. Unable to afford much of anything, many Cubans get around on bicycles or cars from the 1950s.

“All the animals are equal, but some are more equal than others,” Pedro Pérez wrote on his Facebook page, as the Miami Herald reported. The comment is from George Orwell’s “Animal Farm” - which is banned in Cuba.

The grandson may have acquired a high-end taste from his father, Antonio, who himself has something of an extravagant streak. Antonio Castro has been photographed in Mykonos, the Greek resort island, and on a yacht in Turkey where he booked five suites in one of the countries most high-end hotels, the Herald reported.

He did not care for his activities to be documented, and allegedly had his bodyguards attack a Turkish journalist who tried to photograph him, the Herald said.

Antonio Castro is an orthopedic surgeon and his son is believed to be a model -- which led some observers to think some of the more lavish pictures were from photo shoots.

But critics have argued that’s beside the point. Many have said it’s thoughtless – not to mention anti-Communist - to post photos of such decadence while the average Cuban is struggling.

On Facebook, José González said the photos of the grandson needed to be shared widely in Cuba.

“Just like the son of Che (Guevara), whose company rents luxury motorcycles to tourists," González said. "Who pays for this?”