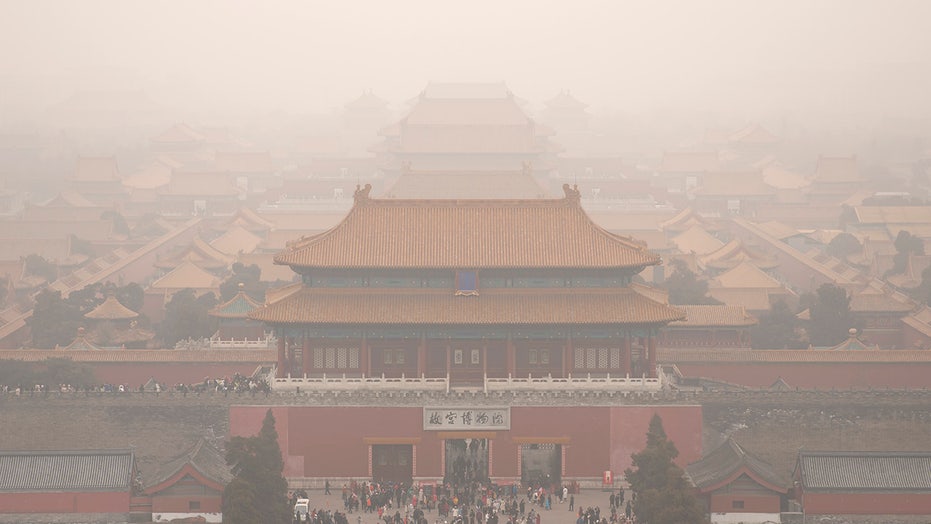 Lu Xiaobao fueled the outrage when she visited the empty home of the country’s emperors in Beijing on Monday and then posted photos of herself, a friend and the vehicle to social media, the BBC reported.

Officials at the Forbidden City, where vehicles are banned, said it was "deeply distressed and sincerely apologizes to the public,” the BBC reported.

"On Monday the Palace Museum is closed, so I hurried over, hid from the crowds, and went to play in the Forbidden City," Lu told her Weibo followers.

Weibo users were stunned to see not only pictures of Lu and her friend at an empty site, but also her hulking black Mercedes-Benz, according to the BBC.

She later deleted the photos but not before they went viral.

Tourists exit the Forbidden City in Beijing, Saturday, Jan. 18, 2020. A Chinese woman sparked social media outrage in her country by posting photos of herself and a friend with a Mercedes-Benz SUV on the grounds of Beijing's landmark Forbidden City, prompting an apology from the management of China's former imperial palace. (AP Photo/Mark Schiefelbein)

Vehicles have been banned since 2013 to protect the cultural dignity of the vast site and its hundreds of historic buildings, according to the official Xinhua News Agency. The palace was home to the Qing and Ming emperors, who ruled China for nearly five centuries.

The photos played into public perceptions that wealthy people with connections enjoy special privileges in China.

The shots showed Lu, her friend and the Mercedes in front of the towering Gate of Supreme Harmony on a sunny winter day.