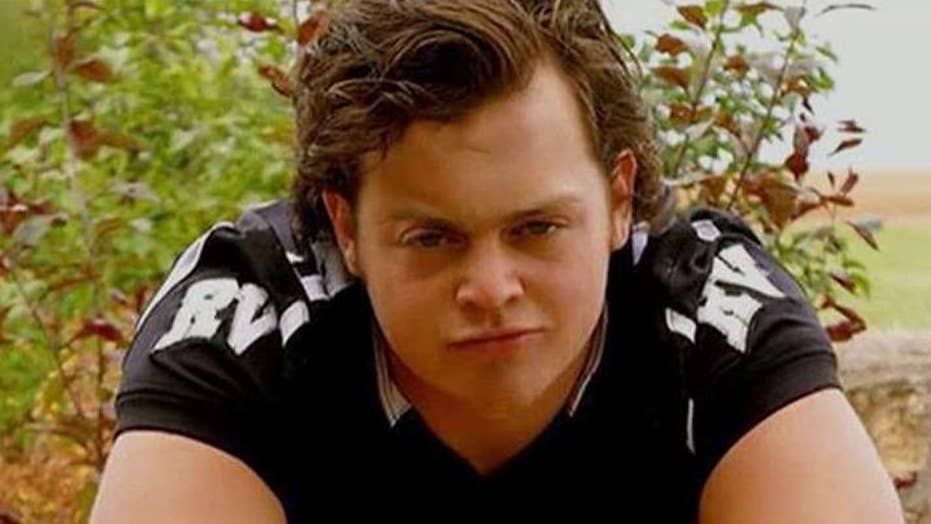 Homeless man arrested in death of American student in Italy

Rome police detained a homeless man in the death of a 19-year-old American as details emerged Tuesday of the student's final hours before he ended up in the Tiber River.

Police declined to comment further pending a judge's evaluation of the case. But the ANSA news agency, citing unnamed investigators, said Beau Solomon of Spring Green, Wisconsin, had been robbed by two people in Rome, then got into a fight with Galioto along the riverbank early Friday and ended up in the water.

Police on Monday pulled Solomon's body from the Tiber a few miles downstream of the Garibaldi Bridge. The student had last been seen early Friday at a pub popular with U.S. students in Trastevere, just hours after arriving in Rome for an exchange program at John Cabot University.

ANSA said preliminary autopsy results indicated that Solomon had suffered injuries consistent with a fall and with days spent in the water. The exact cause of death remains to be determined.

State-run RAI television on Tuesday interviewed a woman identified as Galioto's companion, Alessia, who said Solomon had come down the stairs to their settlement along the Tiber early Friday after being robbed. It did not give her last name.

Alessia told RAI that Solomon and Galioto got into a scuffle, with each one pushing the other. It wasn't immediately clear how Solomon ended up in the water, but she said Galioto didn't flee the scene.

The site was underneath Garibaldi Bridge, one of the busiest bridges in Rome, which connects the bar-filled Trastevere neighborhood to the other side of Rome's historic center.

John Cabot, an English-language university in the Italian capital, says it had been alerted by Solomon's roommate that he had lost contact with Solomon around 1 a.m. Friday and was worried when he didn't show up for orientation later that day.

The president of John Cabot, Franco Pavoncello, said the school takes maximum measures to keep its students safe on campus and around its residences, using both Italian soldiers and private security forces. But Pavoncello said it was up to Italian authorities to keep people safe on the streets of Rome.

"Nightlife is nightlife," he said. "It's not up to the president of John Cabot University to do an evaluation of the dangers of Rome's nightlife, it's up to judicial authorities."

John Cabot is a four-year university located in Trastevere. Solomon, who had just completed his first year as a personal finance major at the University of Wisconsin-Madison, had just arrived for John Cabot's summer program.

One of his brothers, Cole, told the Milwaukee Journal Sentinel that Solomon's body was found with a head wound and blood on his shirt. He added that thousands of dollars were charged to his brother's credit card after his disappearance. He didn't immediately respond to AP requests for comment.

Another brother, Jake Solomon, described Beau as an athlete who successfully battled cancer for years as a child.

Italian state TV said charges worth 1,500 euros (about $1,700) were run up Saturday on Solomon's credit card at a Milan store, hundreds of miles from where he was last seen in Rome.

Comments by Galioto's companion suggested that the people who stole Solomon's wallet had used the credit card, not Galioto.

Without citing sources, ANSA said two Italians claimed to have seen a man throw a person into the Tiber the night that Solomon disappeared.  Sky TG24 TV also said witnesses reported seeing someone pushed into the Tiber near Garibaldi Bridge.

On Tuesday, the U.S. ambassador to Italy, John Phillips, pledged his assistance to Italian authorities investigating the death.

"My heart goes out to his family and friends," Phillips said.