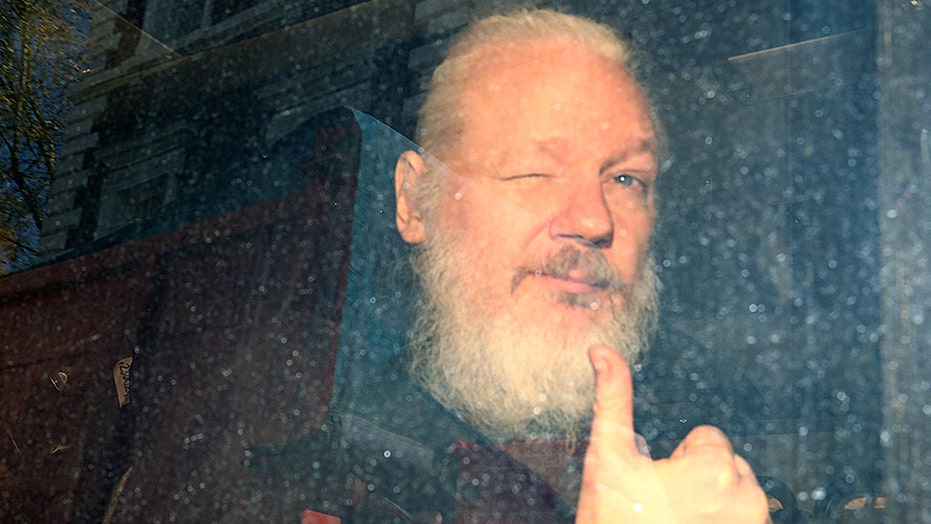 LONDON – WikiLeaks says its founder Julian Assange will have to wait at least until September before a British judge will hear a U.S. request for his extradition.

Assange, who faces espionage charges over the activities of WikiLeaks, is currently in Belmarsh Prison in London and is fighting the allegations.

Kristinn Hrafnsson, WikiLeaks’ editor-in-chief, said in a video posted on social media on Monday that it was “completely unacceptable” that Assange has to spend another four months — and potentially longer — in prison.

WikiLeaks founder Julian Assange arrives at the Westminster Magistrates Court, after he was arrested in London, Britain April 11, 2019.

LAWYERS FOR JULIAN ASSANGE TO APPLY FOR BAIL, CITING RISK OF CORONAVIRUS

By the time any hearing begins in September, Assange will have spent a year in remand after he was dragged out of the Ecuadorian Embassy in London.

Hrafnsson said Assange did not attend Monday’s hearing via video link because he was unwell.

Assange’s lawyers have been seeking to get him released on bail over fears for his health during the coronavirus pandemic.

A further administrative hearing is scheduled to take place on June 1.