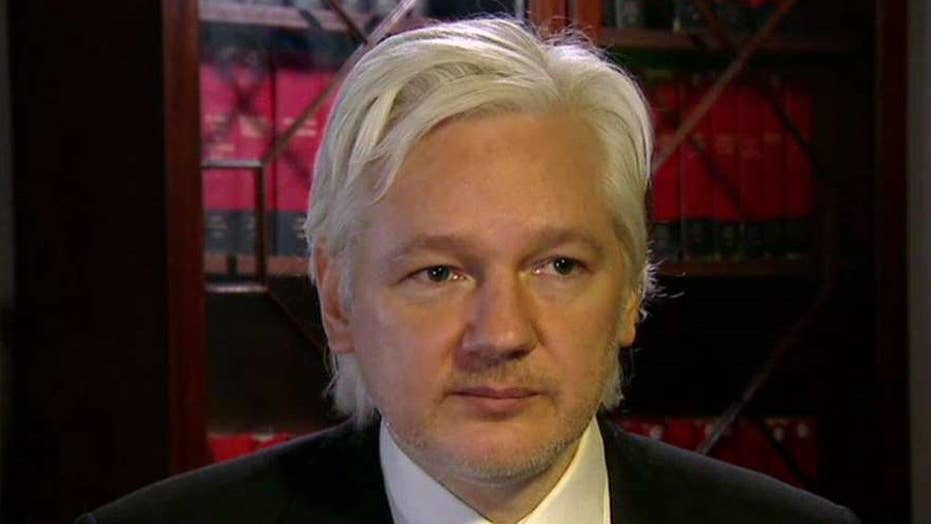 WikiLeaks’ founder Julian Assange said on Thursday he would stand by his earlier pledge to be extradited to the U.S.

The anti-secrecy website tweeted out earlier this month that Assange would accept extradition to the U.S. – where he’s wanted for questioning regarding WikiLeaks – if a former military officer convicted of espionage received a commuted sentence from President Obama. That condition was met on Tuesday when Chelsea Manning’s sentence was commuted with a set release date of May 2017.

ASSANGE: RUSSIAN GOVERNMENT NOT THE SOURCE OF WIKILEAKS EMAILS

“I stand by everything I said including the offer to go to the United States if Chelsea Manning's sentence was commuted,” Assange said in a live online news conference.

He did, however, appear to add a caveat.

“It's not going to be commuted [until] May. We can have many discussions to that point,” Assange said.

Assange is also wanted for questioning in a rape case in Sweden. To avoid extradition, he’s been holed up in the Ecuadorian embassy in Britain since June 2012. Assange has proclaimed his innocence.

Assange’s U.S.-based attorney told The Hill on Wednesday that the WikiLeaks’ head would not come to the U.S.

“Mr. Assange welcomes the announcement that Ms. Manning’s sentence will be reduced and she will be released in May, but this is well short of what he sought,” Barry Pollack said. “Mr. Assange had called for Chelsea Manning to receive clemency and be released immediately.”

Manning was sentenced to 35 years imprisonment in July 2013 stemming from violations of the Espionage Act. Manning disclosed a trove of classified U.S. secrets that was later published by WikiLeaks.