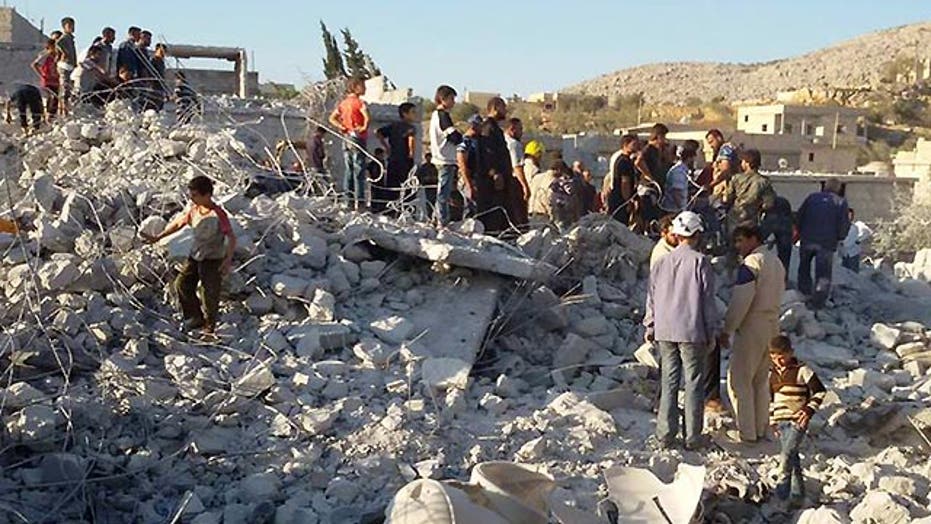 How can an Arab coalition help defeat ISIS?

Should U.S. 'lead from behind'?

LONDON – The wife of a British aid worker held hostage in Syria by the Islamic State group said Tuesday she has received an audio message from him pleading for his life.

Barbara Henning said she has been told that her husband, Alan, had been to a Sharia court, and that he was found innocent of being a spy.

In a statement issued on her behalf by Britain's Foreign Office, she said: "I implore Islamic State to abide by the decisions of their own justice system. Please release Alan."

The 47-year-old former taxi driver was kidnapped in December in Syria, shortly after crossing into the country from Turkey in an aid convoy.

The Islamic State group, which has released online videos showing the beheading of two American journalists and another British aid worker, has threatened to kill former taxi driver Alan Henning next.

Barbara Henning stressed that her husband was working with Muslims to help vulnerable people in Syria.

"We are at a loss why those leading Islamic State cannot open their hearts and minds to the facts surrounding Alan's imprisonment and why they continue to threaten his life," she wrote.

Tuesday's statement was the second message she released urging for the release of her husband. On Saturday, she pleaded for the militants to respond to her attempts to make contact with her "before it is too late."

She has said that the aid worker was driving an ambulance loaded with food and water at the time of the kidnapping.

Her appeals came after dozens of Muslim leaders in Britain urged the Islamic State group to release Henning.