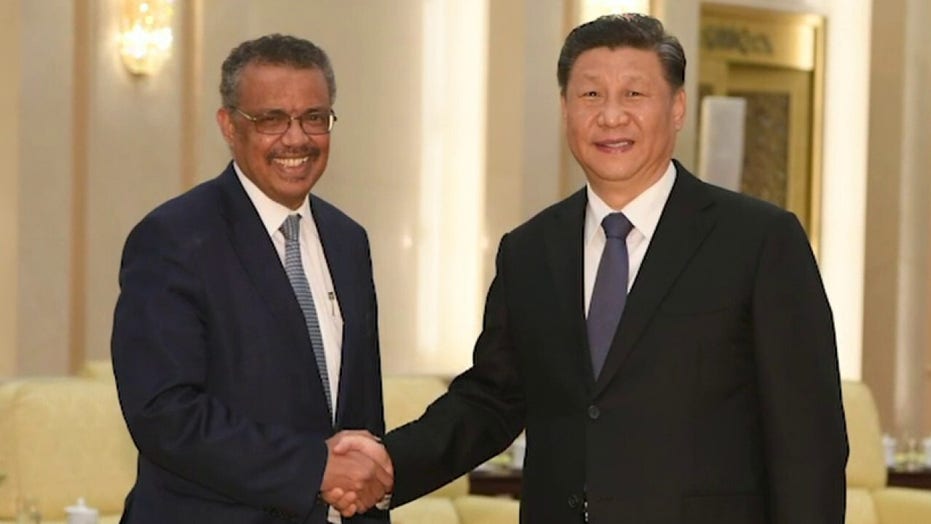 China to donate additional $30M to WHO after US halts funding

As the World Health Organization (WHO) remains under fire for its early handling of the coronavirus pandemic and ties to China, indications of political prejudice are emerging from within the United Nations agency whose mandate is supposed to be solely focused on global health.

This time, in lockstep with much of the U.N. infrastructure, the agency is being accused of political biases toward Israel.

WHO's frequently issued coronavirus situation reports – the most recent dated April 23 – do not list Israel as a country in the Eastern Mediterranean Region – although it does list its neighbors, including Jordan, Iraq, Syria, and Lebanon.

(From L) World Health Organization (WHO) Health Emergencies Programme Director Michael Ryan, WHO Director-General Tedros Adhanom Ghebreyesus and WHO Technical Lead Maria Van Kerkhove attend a daily press briefing on COVID-19 at the WHO headquarters on March 6, 2020 in Geneva.  (AFP via Getty)

Instead, in all the reports, the state of Israel is listed as being in the "European Region" alongside the likes of Spain, Italy, France, and Germany.

The "Occupied Palestinian Territory" is given its own category under "territories." WHO did not immediately respond to a request for comment or clarification.

Countries that are heavily Muslim have rejected Israel's membership in the Middle East region and Israel has argued that the UN has caved to Arab regions by refusing to recognize the country as part of the Middle East.

The Jerusalem Post also asserted this week that WHO "routinely singles out Israel and condemns them for supposed human rights violations, revealing the organization's political agenda."

At the organization's annual assembly in 2019, countries voted to pass a resolution that singled Israel out over "health conditions in the occupied Palestinian territory, including east Jerusalem, and in the occupied Syrian Golan."

U.N. Watch also pointed out that, "out of 21 items on the meeting's Agenda, only one — Item No. 14 against Israel —focused on a specific country. There was no agenda item or resolution on any other country." No scrutiny was devoted to the health catastrophes and ongoing unrest running rampant in other middle eastern countries such as Syria, Iran, and Iraq and nor was the abysmal health woes of the likes of the North Korean government targeted. 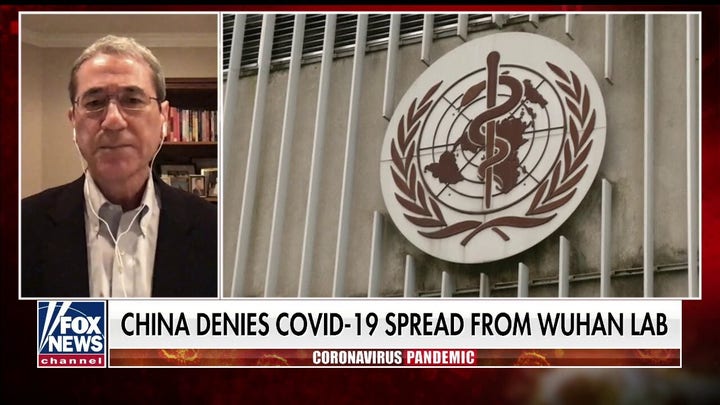 Furthermore, the Geneva-based watchdog claimed that in 2017 the WHO buried a favorable report on Israel regarding its cooperation on a WHO mission to the Golan, in response to pressure from Syria's embattled authoritarian regime, led by Bashar al- Assad.

More than 14 member states reportedly confirmed that the mission report was not published, "not even the parts which had already been completed."

POMPEO BLASTS CHINA, WHO OVER CORONAVIRUS TRANSPARENCY FAILURES: 'THEY NEED TO BE HELD ACCOUNTABLE'

According to Brett Schaefer, international affairs senior research fellow at the Heritage Foundation, this isn't surprising given that "anti-Israel bias is widespread in the U.N. system due to the historical hostility of Muslim nations to Israel and support for the Palestinians."

Last week, the Trump administration controversially announced plans to temporarily freeze funding to the WHO, pending an internal review of their relationship with China and failing to glean accurate information in the early days of the pandemic.

From Schaefer's lens, it does require further examination if Washington resumes funding.

"At a minimum, the U.S. should demand that the WHO conduct an independent, external investigation into the WHO response to COVID-19 and the potential influence of China over its decisions," he said. "(It should) thoroughly review and revise WHO policies and its International Health Regulations to enable it to respond more quickly to emerging pandemics, a restructuring of the WHO's financing to concentrate on infectious diseases and responding to international health emergencies, and allowing Taiwan to participate as an observer in WHO meetings and deliberations, as the Holy See and Palestine currently do."

US SHUT DOWN G20 CORONAVIRUS STATEMENT OVER WHO BACKING: REPORTS

Indeed, some experts argue that WHO's apparent political slant against the likes of Israel and Taiwan even amid such a catastrophic global health calamity, summons further scrutiny – all while heaping praise on China, despite a growing body of evidence that the country's leadership tried to coverup the virus at the cost of countless lives and livelihoods worldwide. 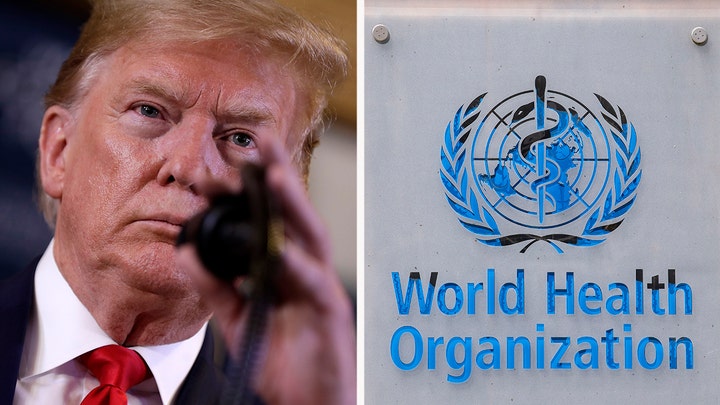 Since the organization's inception more than 70 years ago, the US has been by far the largest donor, giving 10 times the amount of Beijing in support of international health programs and to avoid mass disease outbreaks. Washington is already said to be funneling WHO funds into other global health initiatives, including the U.S. Agency for International Development (USAID).

Yet budget data shows that of the total $6.27 billion in WHO financing, only $554 million – about 9 percent – went to the WHO Health Emergency Program and another $306 million to preventing and controlling outbreaks under the "Humanitarian Response Plans and Other Appeals" budget category. The organization is said to have spent some $200 million on business-class and five-star travel, even when employees were unauthorized to do so.

"The U.S. is the largest funder of the WHO. When an organization loses the confidence of its largest funder, the normal and best practice is for the head of that organization to step down, and for his replacement to propose a plan to reform the organization," contended Cliff May, president of the Foundation for Defense of Democracies (FDD). "That's what should happen now – before the U.S. decides whether or not to continue funding the WHO."

Among the missteps include: ignoring Taiwan's early warnings about the fast-multiplying virus, the now haunting January tweet that there was no evidence of human-to-human transmission of the novel pathogen, not pushing China to immediately turn over genome sequencing of the virus so that test kits could be created abroad, encouraging countries not to close their borders despite the evident spread, and waiting until March 11 to succumb to international pressure and label it a pandemic.

Meanwhile, China announced Thursday that it would up its contributions by $30 million, lauding the global health body under Director-General Tedros Adhanom Ghebreyesus' governance as "actively fulfilling its duties and upholding an objective, scientific and impartial stance."

Similarly, the WHO has also declined to condemn China, instead widely praising Beijing for its actions to curb the coronavirus, while also maintaining that as an agency it, too, acted swiftly and appropriately, keeping the White House updated with "real-time" information.

On Friday, the United States – which has been hardest hit by the pandemic – passed the grim milestone of more than 50,000 deaths as a result of coronavirus. On a global scale, the illness has claimed the lives of more than 194,000 people.

"As some feared when the president announced he was considering suspending funding, China is seeking to twist the decision to their advantage by diverting attention from Beijing's harmful actions. Likewise, other WHO member states that the U.S. needs to reform the organization have negatively reacted to the announcement," Schaefer noted. "However, now that the decision is made, restoring funding would weaken U.S. demands for reform. The world must know that the U.S. is serious in its reform demands, and suspending funding is a part of that."

Moreover, U.S. government officials are currently undergoing a full-scale investigation into whether the virus escaped from a lab in Wuhan, China, rather than a wet market as initially believed.