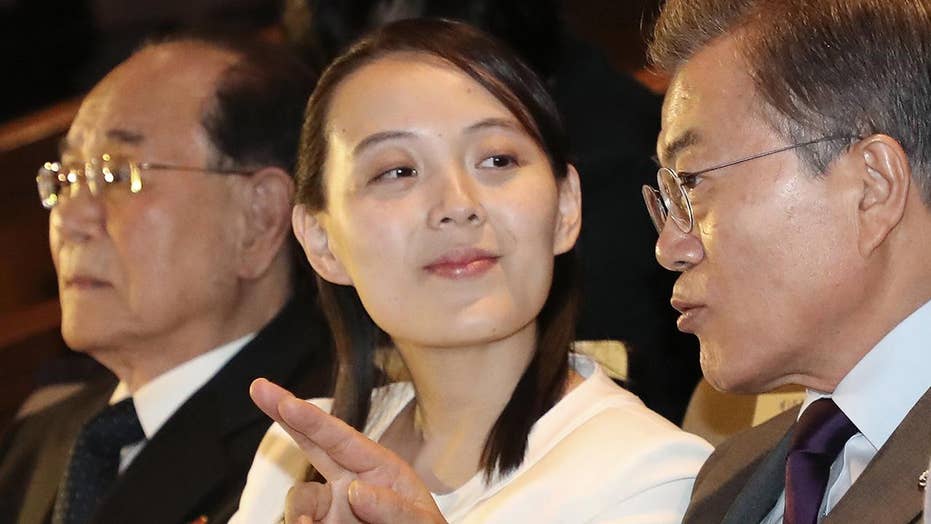 Kim Jong Un’s sister may have turned on the “charm” during her visit to the Pyeongchang Winter Olympics — but her idea of unification between North and South Korea isn’t as peaceful as her "smile diplomacy" leads some observers to believe.

Kim Yo Jong, labeled by the South’s media as “Kim Jong Un’s Ivanka,” returned to Pyongyang Sunday night after a three-day visit as part of the North’s high-level delegation. Regime newspaper Rodong Sinmun dubbed the Olympics visit as being “meaningful” and “important” in improving relations between the rival countries. Kim Yo Jong even wrote of her “wishes” for closer ties in a guest book at South Korea’s presidential office.

"I expect Pyongyang and Seoul to get closer in the hearts of our [Korean] people and the future of unification and prosperity will be advanced," Kim wrote in Korean in the guest book, according to Yonhap News Agency.

But the  “future of unification” phrase means something far more sinister for the despot and his regime. North Korea has touted unification as a “final victory” to the Korean War that ended in an armistice in 1953. In Pyongyang’s view, "unification" means Kim’s brutal dictatorship would overcome the South’s government.

However, South Korea sees unification as the North’s government being integrated into the South, diminishing Kim’s power -- something which doesn't appear to be in the cards in the near future.

Kim Jong Un may also be attempting to fool the South and the world into believing his regime is charming and peaceful because he wants mounting international sanctions removed.

“Kim Jong-un is merely trying to use the South Korean government as a shield to protect him against intensifying international pressure, and he thinks the most effective way to do that would be to hold an inter-Korean summit,” Chosun Ilbo stated, noting Kim Yo Jong invited South Korean President Moon Jae-in to visit the North.

“Without being swayed by smile diplomacy, Japan will firmly coordinate with [the United States and South Korea] toward the ultimate goal of denuclearizing the Korean Peninsula,” Kono said.

North Korea held a massive military parade on the eve of the Olympics. (KRT)

Kono added Japan is committed to preventing Kim Jong Un from using Asian nations as a “loophole” to evade the crippling sanctions against his regime.

And if his goals were in any doubt, the dictator held a military parade on the eve of the Olympics opening ceremony. The main display came when launcher trucks rolled into the square with the Hwasong-14 and Hwasong-15 intercontinental ballistic missiles — which the North claims can reach U.S. soil. The Hwasong-12 intermediate range missile also made an appearance.

Kim also said in a speech the parade marks the regime’s uprising as a "global military power" despite facing the "worst sanctions."