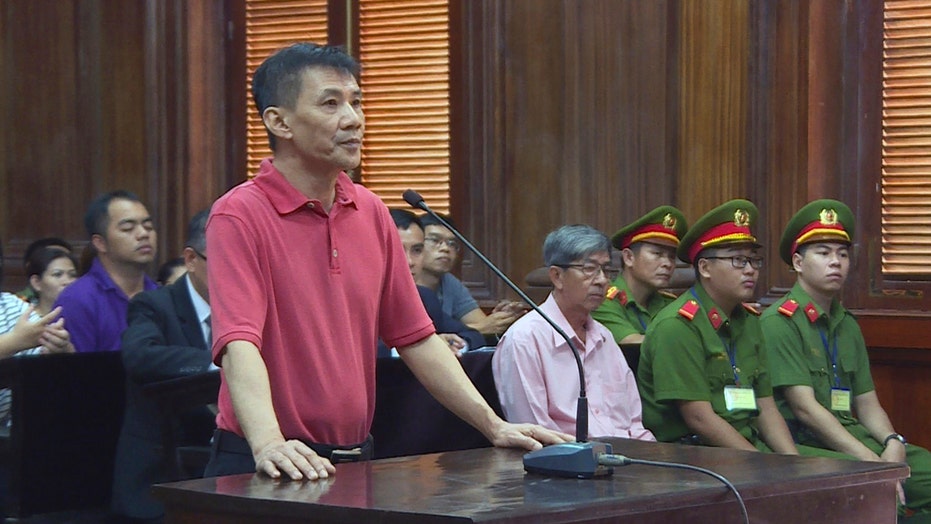 An American in Vietnam was sentenced to over a decade in prison on Monday after he was found guilty of "attempting to overthrow the state" in a trial that lasted just half a day and produced a verdict his lawyer described as "too heavy."

His lawyer, Nguyen Van Mieng, told Reuters his client had pleaded guilty with the intent of asking for his sentence to be reduced so he could be reunited with his family. Instead, he was handed a 12-year sentence.

“It’s such a long sentence,” Mieng told the news agency.

Nguyen, who was born in Vietnam and has lived in the United States since he was a child, was detained in Da Nang last July on suspicion of activity against the government, according to the Orange County Register.

The 55-year-old was visiting relatives and friends when he was pulled off a bus by authorities and arrested with three other people.

Michael Nguyen was sentenced to 12 years in prison in Vietnam for "attempting to overthrow the state." (Nguyen Thanh Chung/Vietnam News Agency via AP)

His brother-in-law, Mark Roberts, told the Register that Nguyen has had monthly visits from U.S. Embassy and Consulate representatives since his arrest, but they are not able to discuss the case.

A spokeswoman for the U.S. Embassy in Hanoi told Reuters that officials were "disappointed" by the verdict on Monday.

“We will continue to raise our concerns regarding Mr. Nguyen’s case, and his welfare, at all appropriate levels," the spokesperson said.

While Vietnam has seen economic reforms in recent years, the country remains a one-party Communist state where criticism is not tolerated and media censorship remains under an iron grip.

Nguyen will be deported after serving his sentence, his lawyer told the BBC, adding that the verdict was "too heavy."

Besides Nguyen, three Vietnamese men were also sentenced to various jail terms for related offenses, according to the BBC.