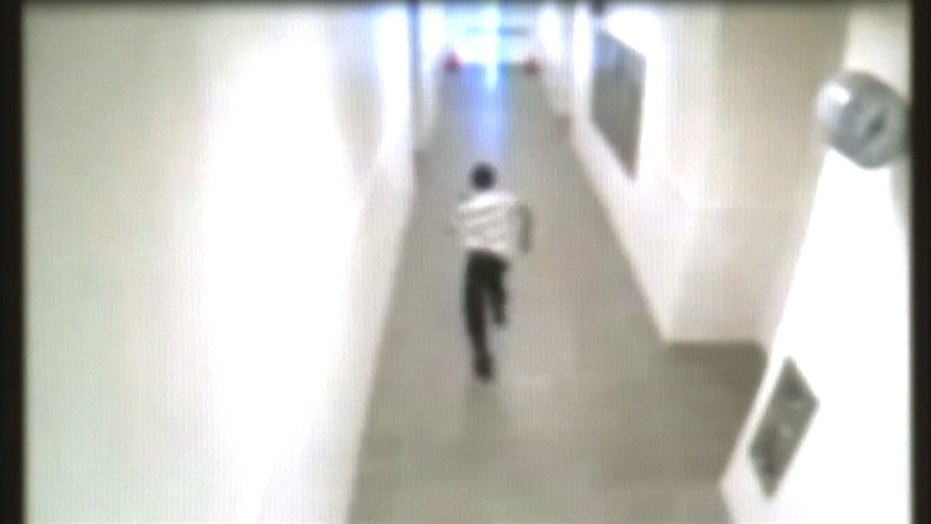 The video goes back to show a man in a red shirt leaving the premises through a door, and after a jump cut then shows the boy running through the hallway and exiting through that same door. It's uncertain how many minutes passed between the two.

"He wandered away from people who should have been watching him," said Vanessa Fontaine, Avonte's mother.

The Department of Education occurrence report reads that at 12:37, Avonte ran past the main security desk, tried to get out of a side exit, then went by the security desk again. Avonte continued down the hallway and went out through the Center Boulevard exit door, which was open. Fontaine said the school security officer saw him walk through the open door.

Twenty minutes later, at 12:57, the assistant principal reported the student missing. It wasn't until 1:35 – an hour after Avonte was last seen – that his mother was called.

"If the teachers found out he's not on that line sooner he would be here with me," Fontaine said.

Finally at 2 p.m., the NYPD was notified.