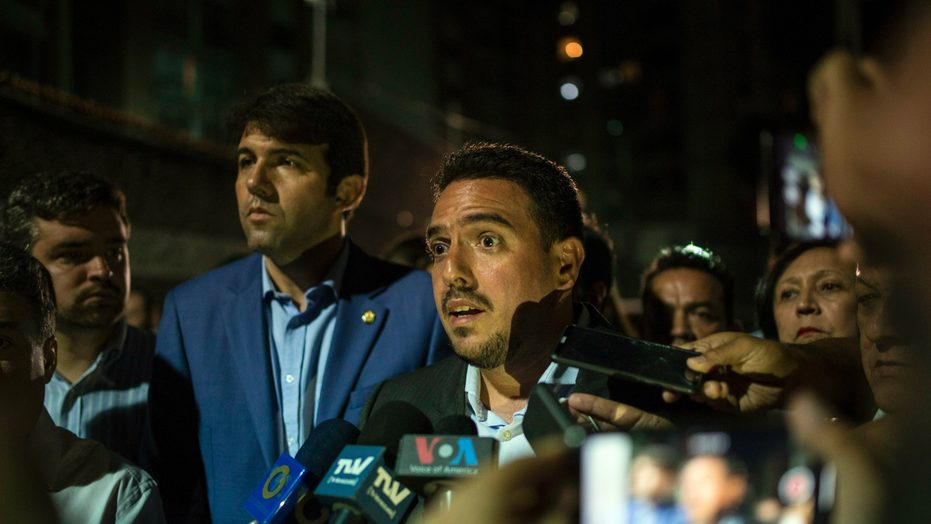 MADRID – Members of the Venezuelan opposition overseas are calling for the international community to condemn the arrest of a top lawmaker in the crisis-wracked nation.

Antonio Ecarri is opposition leader Juan Guaidó's envoy to Spain. He said Thursday that the arrest of National Assembly Vice President Edgar Zambrano and probes against several other lawmakers are an attempt to "silence the voice of Venezuelans."

"Indifference is not an option," Ecarri said in Madrid.

He was accompanied by Eudoro González, an exiled Venezuelan lawmaker who said that the European Union-led International Contact Group "needs to take Venezuela seriously."

Although the group shares the opposition's goal for a free and fair election in Venezuela as soon as possible, it considers the government of Nicolás Maduro a necessary stakeholder to achieve a peaceful transition.