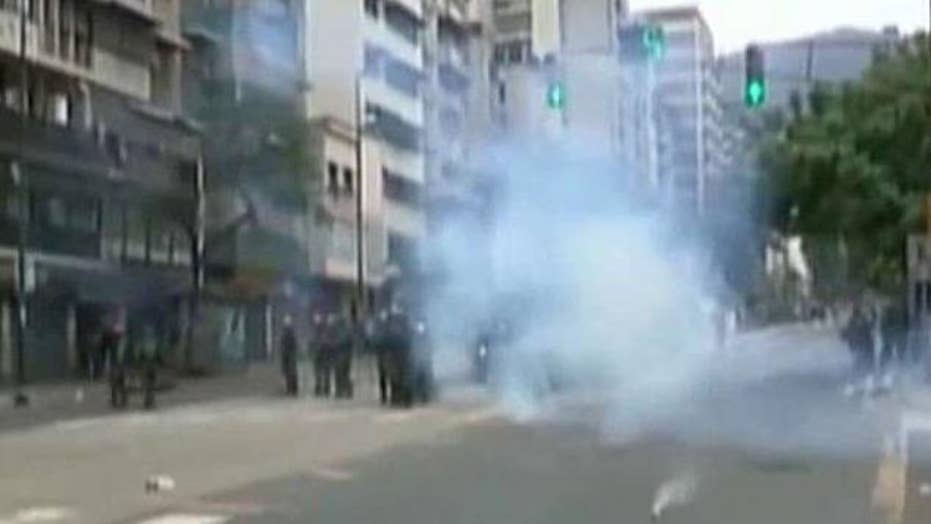 Venezuela descends further into chaos amid riots for food

Venezuela’s President Nicolás Maduro put the armed forces in charge of a new food supply system aimed at alleviating crippling shortages, ceding yet more power to a military apparatus that is already involved in everything from banking to imports.

The head of the armed forces, Defense Minister Vladimir Padrino, will be in charge of transporting and distributing basic products, controlling prices and stimulating production, according to a decree published Tuesday in the official gazette.

“All the ministries, all the ministers, all the state institutions are at the service and in absolute subordination” to Mr. Padrino’s so-called Great Sovereign Supply Mission, Mr. Maduro said in a televised address Monday night.

The elevation of Mr. Padrino makes him among the most powerful people in the socialist government, reducing the influence of Vice President Aristóbulo Istúriz, Industry Minister Miguel Pérez Abad and other ministers who held various economic roles.

“This is now a completely militarized government,” said Luis Manuel Esculpi, a security analyst in Caracas and former head of the armed forces commission in the congress. “The army is Maduro’s only source of authority.”

Since coming to power three years ago, Mr. Maduro has relied increasingly on the armed forces as a spiraling economic crisis pushed his approval ratings to record lows and food shortages led to lootings. Generals are already in charge of state companies importing the bulk of Venezuela’s food; they run the country’s largest bank, a television station and a state mining company.

The armed forces have swiftly repressed all opposition rallies as well as the food riots that flare up daily across the country.

“Maduro is giving the keys to Miraflores [presidential palace] over to a military leader who is unable to confront the economic crisis,” said opposition deputy Julio Borges. “What this means is more roadblocks, more corruption and less production.”