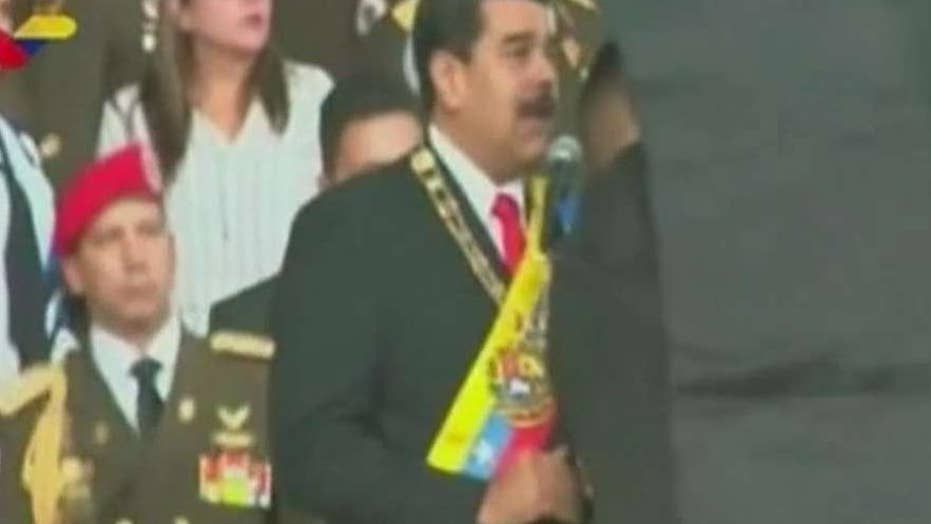 The Venezuelan government is seeking the extradition of one of its citizens living in the U.S. whom it accuses of masterminding the alleged drone attack against President Nicolas Maduro nearly a week ago.

Foreign Minister Jorge Arreaza told reporters Wednesday he'd reached out to the U.S. embassy in Caracas to help obtain the extradition of Osman Delgado Tabosky, who lives in Miami, Florida.

Maduro, who was unharmed when a drone purportedly carrying explosives went off in front of him while he spoke at a military ceremony in Caracas, has accused Delgado Tabosky of financing the alleged attack, the Miami Herald reported.

ALLEGED ATTACK ON MADURO ALLOWS HIM TO CRACK DOWN HARDER ON OPPOSITION, EXPERTS SAY

Six people have been arrested on charges of being the executors of the alleged attack – including two opposition lawmakers. Investigators have linked a total of 19 people to the attack, Chief Prosecutor Tarek William Saab said Wednesday.

The country’s pro-government constitutional assembly stripped Julio Borger and Juan Requesens, who have sets in the opposition-controlled legislature, of their immunity from prosecution on Wednesday.

Delago Tabosky, the son of an entrepreneur, is also suspected of involvement in a failed attack by dissident soldiers at a Venezuela army base last year.

Arreaza told journalists that James Story, the top U.S. diplomat in Caracas, expressed “the will of the U.S. government to cooperate.”

On 'Fox News Sunday,' the national security adviser reacts to apparent attack on President Maduro, questions surrounding a disconnect between the White House and President Trump on election interference.

The U.S. State Department has declined to comment on what was discussed or whether Venezuela had made any extradition request.

Critics of Maduro's socialist government said immediately after the drone explosions that they feared the unpopular leader would use the incident as an excuse to round up opponents as he seeks to dampen spreading discontent over Venezuela's devastating economic collapse.

"It's evident that the initial reaction of the government isn't aimed at attempting to clarify what happened but rather to take advantage of the situation and irresponsibly and sweepingly attack the 'opposition,'" Broad Front, a coalition of opposition groups in Venezuela, said in a statement.

Fox News' Elizabeth Llorente and the Associated Press contributed to this report.