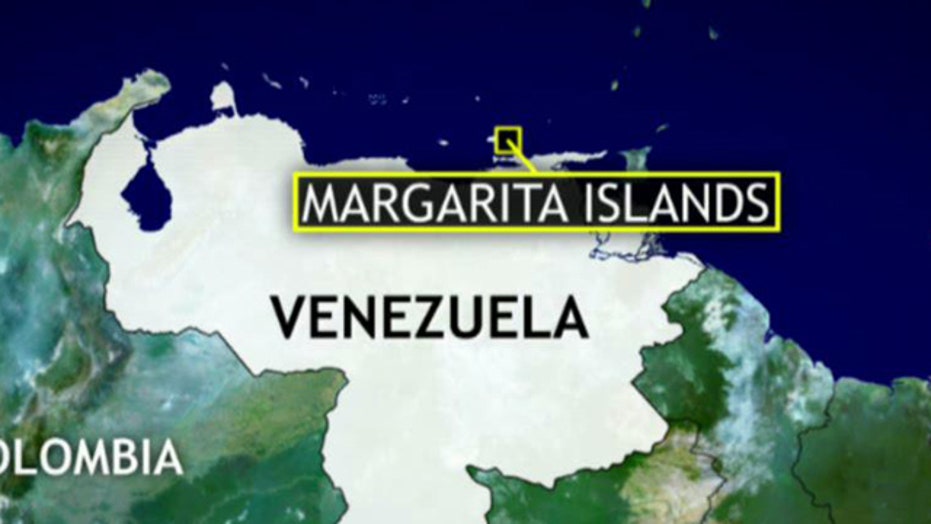 5 US citizens on ship detained by Venezuelan Navy

Guyana's government said Friday that Venezuela's navy has detained a ship operated by a U.S. oil company in waters disputed by the neighboring South American countries.

The ship, which has five U.S. citizens on board, was conducting a seismic survey under contract for Anadarko Petroleum Corp. on Thursday when it was stopped by a Venezuelan navy vessel. It was ordered to sail under escort to Margarita Island in Venezuela, the Guyanese Ministry of Foreign Affairs said in a statement.

"It was then clear that the vessel and its crew were not only being escorted out of Guyana's waters, but were under arrest," the ministry said. "These actions by the Venezuelan naval vessel are unprecedented in Guyana Venezuela relations."

Venezuela said it legitimately detained the vessel for operating without authorization in its waters. Its government said the ship, Teknik Perdana, was expected to arrive on Margarita Island on Saturday.

Guyana said the crew was well within its territorial waters but that the Venezuelan navy informed them that they were operating in that country's exclusive economic zone and ordered an immediate halt to the survey. The two countries have been disputing their land and ocean borders for decades.

The government of Guyana said it has expressed its "grave concerns" to Venezuela and requested the immediate release of the vessel and its crew.

"The actions taken by the Venezuelan navy vessel constitute a serious threat to the peace of this sub-region and the Government of Guyana therefore strongly condemns these actions," the Foreign Ministry said.

Venezuelan oil minister Rafael Ramirez said the country was obligated to act if a ship was in its maritime zone without authorization. "We will jealously defend our country and our sovereignty," he said when asked about the incident at a news conference in Caracas.

The minister said that Guyana and Venezuela have been in discussions over oil exploration in the area but he declined to discuss the status of those talks.

John Christiansen, a spokesman for Anadarko, based near Houston, Texas, said the company, which has received a concession from Guyana to explore the area off the country's northern coast, was working with the governments of Guyana and the U.S. to secure the release of the crew and the vessel.

The total number of crew members was not available, but there were at least five U.S. citizens, including Anadarko contractors and employees of TDI Brooks International, a company based in College Station, Texas, which was contracted to do the acoustic survey of the ocean floor.

Peter Tatro, the director of operations for TDI, said the company is in contact with its employees.

"The people are fine. Our concern is just sort of what happens next," Tatro said. "We don't know what to expect when they arrive in Venezuela."

The Teknik Perdana, a 285-foot survey vessel, is flagged in Panama and owned by TL Geohydrographics Ltd. of Singapore. The ship was operating in what is known as the Roraima concession block, an area of the Atlantic off Guyana and Venezuela that that has drawn increased exploration interest in recent years.

Guyana said that the vessel was merely collecting seismic data and that there was "ample time" to discuss any differences over the region with Venezuela since the actual exploration work had not yet started.