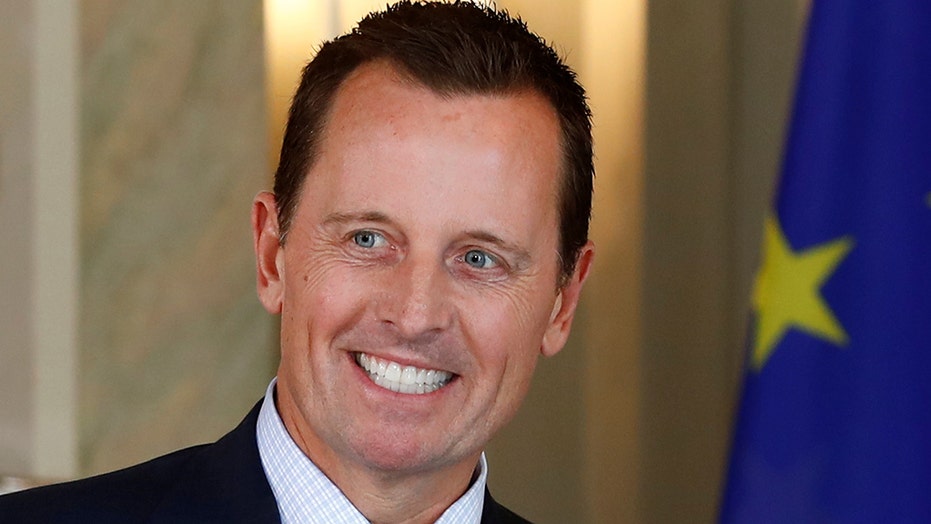 The U.S. Ambassador to Germany Richard Grenell has suggested the United States should pull thousands of troops if the country does not increase its required NATO defense spending.

"It is actually offensive to assume that the U.S. taxpayer must continue to pay to have 50,000-plus Americans in Germany, but the Germans get to spend their surplus on domestic programs," Grenell told the Germany press agency DPA this week, which the U.S. Embassy later tweeted.

It is estimated there are 34,000 American service members stationed in Germany across more than three dozen Army and Air Force bases, as well as 17,000 American civilian support staff.

Grenell also took to Twitter to criticize Germany's lack of spending on defense.

The U.S. Ambassador to Germany Richard Grenell has suggested the United States should pull thousands of troops if the country does not increase its required NATO defense spending. <br data-cke-eol="1"> (Reuters)

"There are 34,000 U.S. troops in Germany protecting Germans and Europeans. I can tell you this: [journalist Roland Nelles] & [Der Spiegel magazine] are wrong. Americans don’t understand why Germany isn’t meeting its NATO obligations & helping the West. And they are growing very annoyed by it," he said Thursday.

Der Spiegel correspondent Roland Nelles wrote last week that Americans "should not care much about whether or not Germany participates in the Iran mission," this after Germany recently rejected a U.S. request to join a naval security mission to safeguard international transit through the Strait of Hormuz.

"Poland meets its 2% of GDP spending obligation towards NATO. Germany does not. We would welcome American troops in Germany to come to Poland," she said.

U.S. President Donald Trump announced in June a deployment of 1,000 U.S. service members to Poland to provide "basing and infrastructure” to the 1,000 troops already stationed there. Poland officials have also touted a proposal to build a "Fort Trump" permanent U.S. military base in Poland, which Trump has expressed interest in but not committed to.

The NATO-Russia agreement from 1997 stipulates that NATO will carry out missions through reinforcement rather than "permanent stationing of substantial combat forces on the territory of new members," including former Warsaw Pact countries such as Poland.

Trump has repeatedly criticized NATO members, specifically Germany, in the past for not stepping up to contribute more.

"We expect a growing number of nations to meet the minimum 2 [percent] of GDP requirement. To address today’s challenges, all members of the alliance must fulfill their obligations. They have no choice," Trump said in June while visiting London and meeting with then-Prime Minister Theresa May, Reuters reported at the time.

"We've worked together on getting some of our allies to pay their fair share. At some point, it's going to have to go higher," Trump said at the time.

"Germany is not paying their fair share," the president had noted. "I have a great feeling for Germany, but they're not paying what they should be paying. We're paying for a big proportion of NATO, which is basically protecting Europe."