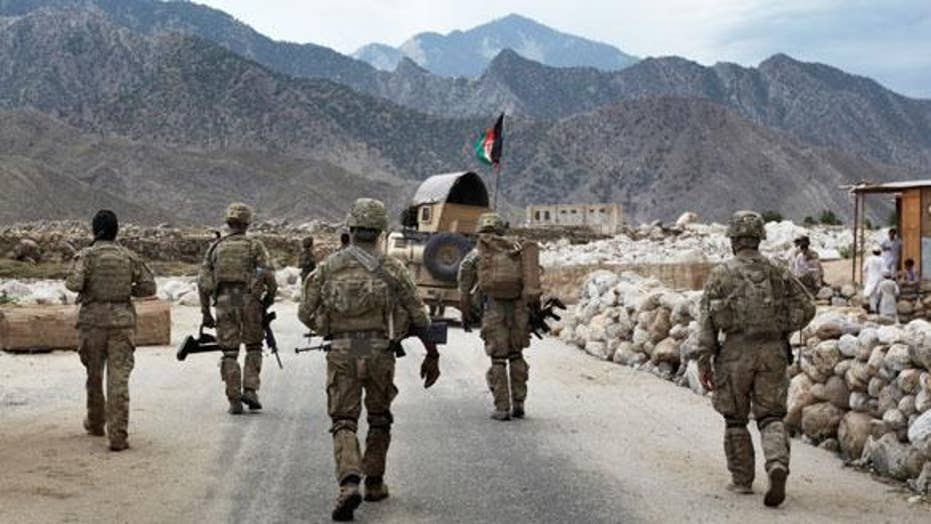 Jennifer Griffin reports on the ongoing conflict and the State Department's suspension of security aid to Pakistan.

A new watchdog report claims that billions of dollars in donor contributions — including $3 billion from the U.S. — to a trust fund created for the reconstruction efforts in Afghanistan may be lost because of mishandling by the World Bank.

The most recent audit report from the Special Inspector General of Afghanistan Reconstruction (SIGAR), obtained by Fox News, looks at the Afghanistan Reconstruction Trust Fund (ARTF), an international fund created in 2002 and maintained by the World Bank, finds that the ARTF has experienced “continued limitations” and that a lack of transparency in the monitoring and accounting has put billions of dollars at risk of vanishing — despite steps taken in 2011 to improve the accountability systems in place.

“Based on its review of six IW-funded development projects that accounted for more than $2.25 billion of the $4.88 billion spent on all of the projects as of December 2017, SIGAR found that the World Bank is not consistently complying with its own guidance for measuring and reporting on ARTF performance and outcomes of development projects,” reads a line from the report. “SIGAR found several instances where the Bank did not measure and report on the projects’ performance in accordance with that guidance.”

Officials for SIGAR say that they are unable to fully assess the extent that the World Bank is measuring and reporting on the performance of the six development projects, and that the both the World Bank and donors to the ARTF are unable to hold the Afghan government accountable for how they implement the funds.

With the U.S. government, through its U.S. Agency for International Development (USAID) being the largest donor to reconstruction efforts — contributing about $3 billion if the total $10 billion in direct assistance — SIGAR, says that the findings are just the latest in a long line of misspent funds and of the American people’s money.

“American taxpayers continue to provide billions of dollars to the Afghan Reconstruction Trust Fund without assurances that the money’s being spent as intended,” Inspector General John Sopko said in a statement to Fox News. “These transparency and monitoring issues must be corrected.”

According to the findings of the report, funding may not be going to the allotted reconstruction and recovery projects because of corruption and bureaucracy throughout the Afghan government. SIGAR officials claim that a senior-level Afghan presidential aide told their office that there is political pressure to spend ARTF funds, even if the programs and projects are ill-conceived, unwarranted or risk loss of future funding and that such poorly planned projects flourish under the ARTF because there is no repayment obligation, and that dysfunctional projects are nearly impossible to eliminate.

Other key findings include:

•    Once donors, including the U.S., provides its contributions, neither the World Bank nor USAID can account for how said funds are spent.

•    The World Bank has no way accurately to measure or evaluate the impact that the ARTF has on construction efforts.

•    USAID is no longer giving preference for funding by geographic location because they can’t guarantee that the money would not wind up in the hands of the Taliban or other insurgent groups.

A spokesperson for the World Bank says that while they welcome the findings of the SIGAR report, they have seen significant results from the trust fund.

“The World Bank welcomes recommendations in the recent report by the Special Inspector General for Afghanistan Reconstruction (SIGAR) on the Afghanistan Reconstruction Trust Fund (ARTF),” reads a statement provided to Fox News. “It presents the Afghan Government, ARTF donors and the World Bank with useful insights and an opportunity to strengthen the focus on the fund’s results and accountability. We are proud of the tangible results the ARTF has achieved for Afghans in the past 15 years, which include improving and expanding access to healthcare and education, developing rural infrastructure, and improving farmers’ crops and incomes.”

SIGAR has investigated hundreds of failed or faulty projects related to reconstruction efforts, including $8 million spent on barracks for the National Police Force in which construction was so haphazard that many of the buildings started to “melt” from water damage (SIGAR)

The report is just the latest in a long line of issues surrounding the nearly 16-year reconstruction effort in Afghanistan. SIGAR has investigated hundreds of failed or faulty projects related to reconstruction efforts, including $8 million spent on barracks for the National Police Force, in which construction was so haphazard that many of the buildings started to “melt” from water damage. Another discovery was that U.S. tax dollars were going toward security for a “ghost hotel” near the U.S. embassy in Kabul that never was opened because it ran out of funding.