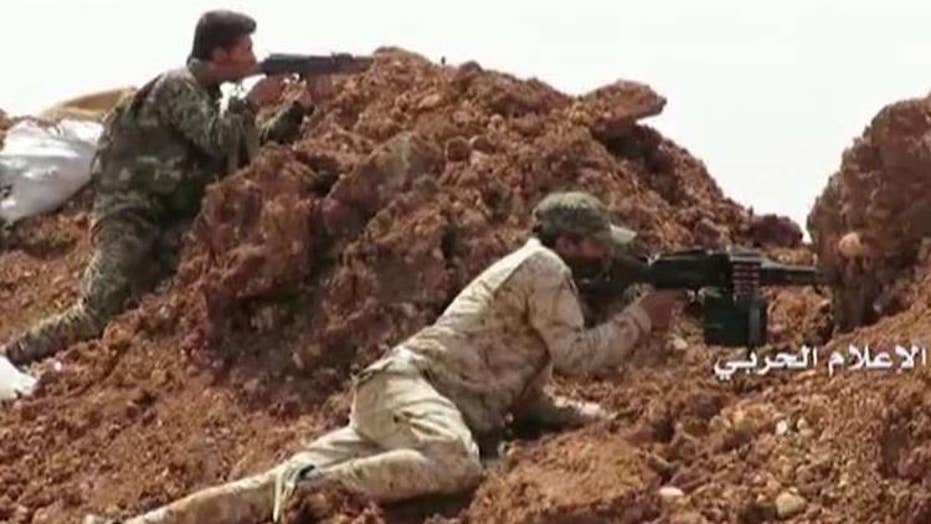 Will US arm moderate Syrian rebels if cease-fire fails?

The CIA and its partners in Syria reportedly have come up with plans to deliver more powerful weapons to moderate rebels fighting government troops in case the country’s fragile trucecomes to an abrupt end.

U.S. and other officials told The Wall Street Journal Tuesday that the so-called “Plan B,” would center on providing the moderate rebels with weapons systems that could help them fend off Syrian aircraft and artillery.

The Journal reported in February that President Obama’s top military advisers were urging the White House to come up with a plan to counter Russia's presence in Syria. New details have emerged on what kind of weaponry that might be deployed under the program.

The "Plan B" discussions were brought up in a secret meeting of intelligence chiefs prior to the Feb. 27 cease-fire. Officials who were briefed on the meetings told the Journal that coalition members were given assurances by the CIA to expand support for moderate rebels batting President Bashar Assad’s forces. The White House still has to approve the weapons systems before they could be deployed to the battlefield.

The CIA has made it clear to its allies that the systems would only be deployed should the ceasefire comes to an end and full-scale fighting returns.

Some U.S. officials conveyed to Russia in a private message that the moderate opposition isn’t going to go away and that full-scale fighting could return and put more Russian pilots at risk.

The agency is specifically concerned that rebels have obtained man-portable air-defense systems, also known as Manpads, the Journal reported. The agency fears the systems have been acquired through illicit channels and could eventually fall into terrorists’ hands.

Allies have suggested tinkering with the Manpads to limit their batteries or geographical sensors. But the U.S. hasn’t made a decision on the Manpads.

Secretary of State John Kerry expressed the cease-fire’s importance to U.S. allies in the Gulf in closed door meetings, according to the paper. Kerry has urged Saudi Arabia and Qatar to urge the rebels they support to abide by the cease-fire and remain engaged in U.N.-brokered political discussions.

Though violations of the truce have increased in recent weeks, it has held far longer than Washington officials and authorities in the region have expected. The cessation of hostilities has allowed U.S. and Russian diplomats to work on a Syrian constitution in hopes that Assad would be pushed from power diplomatically.

Despite growing calls from Saudi Arabia and Turkey to increase support of the moderate rebels, Obama has been cautious about doing so. Both allies have called for the introduction of a weapons systems regardless of the cease-fire.

Officials told the paper the CIA and its regional allies are looking into alternate systems that wouldn’t be as mobile and could be easier targets for Russian and Syrian aircraft to strike.