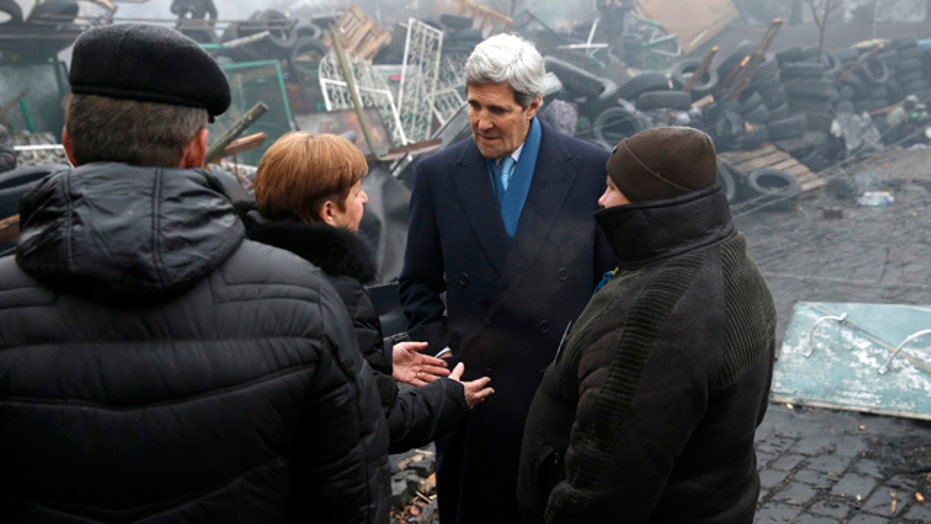 KIEV, Ukraine – U.S. officials say the White House is announcing an aid package to Ukraine of $1 billion in lost energy subsidies as it seeks to extract itself from Russia's influence.

The announcement came as U.S. Secretary of State John Kerry landed in the Ukrainian capital Tuesday to show American support for Kiev's military and political struggle against Moscow.

Russian troops have overtaken the local government in Crimea, a strategic region in Ukraine's southeast. Western leaders are threatening to fierce economic sanctions as early as this week against if Moscow does not retreat.

The economic package also includes training assistance to Ukraine's national bank, Finance Ministry and election observers ahead of a May 25 national vote.

The U.S. officials spoke on condition of anonymity because the announcement had not yet happened.