Families seek recovery of US remains from Korean War

Secretary of State Pompeo is 'optimistic' U.S. will receive some remains from North Korea in 'not-too-distant future'; families of Americans missing in Korean War speak out on 'The Story.'

Secretary of State Mike Pompeo said “firm commitments” were made on Sunday during a meeting between U.S. and North Korean officials at the Demilitarized Zone to discuss the repatriation of American service members’ remains from the Korean War.

Pompeo said the meeting was done to fulfill a commitment North Korean leader Kim Jong Un had made during the historic summit in Singapore.

“It was productive. [There’s] more work to be done.”

“Today’s talks were productive and cooperative and resulted in firm commitments,” the statement read. “Working level meetings between U.S. and North Korean officials will begin on Monday, July 16, to ‎coordinate the next steps, including the transfer of remains already collected in the DPRK.”

An official, who was not authorized to speak to the media and requested anonymity, also previously told Fox News the meeting was “productive.”

“[There’s] more work to be done,” the official added.

Sunday’s meeting marked the first time in nearly a decade the U.S.-led United Nations Command (UNC) met with their North Korean counterparts. The last face-to-face talks took place in the spring of 2009. 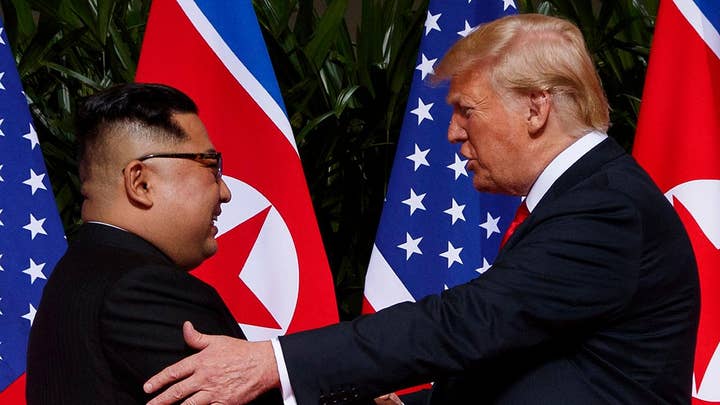 It was not immediately clear who participated from the U.S. and North Korean sides or when and how many American remains would be turned over.

The return of American remains from the Korean War was one of the agreements made by President Donald Trump and North Korean leader Kim Jong Un last month at their historic summit in Singapore.

NORTH KOREA TO SEND US REMAINS OF UP TO 200 AMERICAN SERVICE MEMBERS, OFFICIALS SAY

More than 7,800 Americans have been unaccounted for since the Korean War, which technically never has ended.

According to the website of the Defense POW/MIA Accounting Agency, North Korea has returned the remains of at least 3,200 Americans since the signing of the armistice suspending of hostilities in 1953.

In June, Pentagon officials told Fox News that the U.S. was expected to accept as many as 200 sets of remains from North Korea within days.

Days later, the U.S. moved about 100 caskets to the DMZ in anticipation of the handover of the remains, but the transfer never took place.

North Korean officials were also no-shows Thursday for a meeting with the U.S. regarding the remains of the Korean War dead, but U.S. Secretary of State Mike Pompeo downplayed the snub, telling reporters before leaving Pyongyang that the meeting "could move by one day or two."