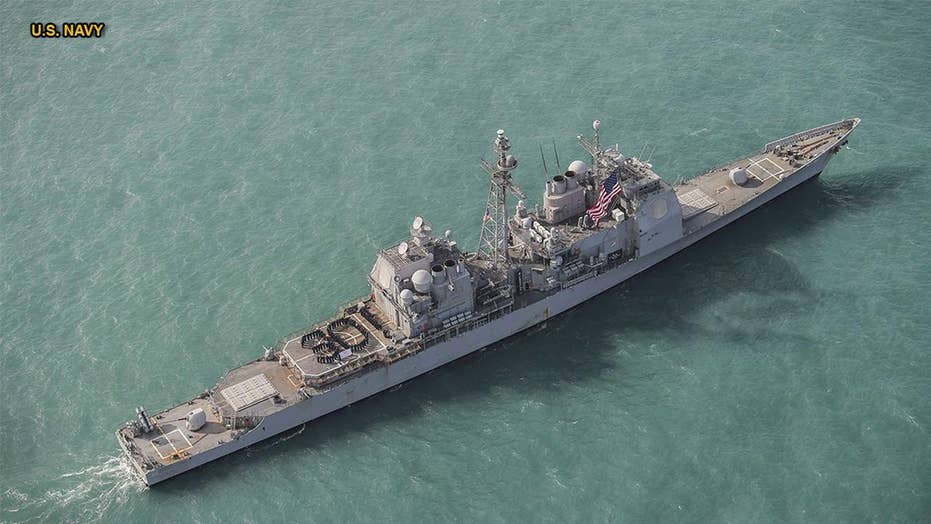 Two U.S. Navy warships sailed through the South China Sea this week, a move likely to inflame tensions in a region caught between the U.S. and China’s competing influence.

One of the multiple artificial islands in the South China Sea.  (share.america.gov)

That was followed on Thursday by the destroyer Wayne E. Meyer, challenging restrictions on passage through the Paracel Islands – which are occupied by China, Mommsen said.

On Wednesday, U.S. Defense Secretary Mark Esper accused China of using coercion and intimidation against smaller Asian nations to impose its will in the South China Sea. He urged Vietnam and others in the region to push back.

"We will not accept attempts to assert unlawful maritime claims at the expense of law-abiding nations," Esper said in a speech to the Diplomatic Academy of Vietnam, a government university.