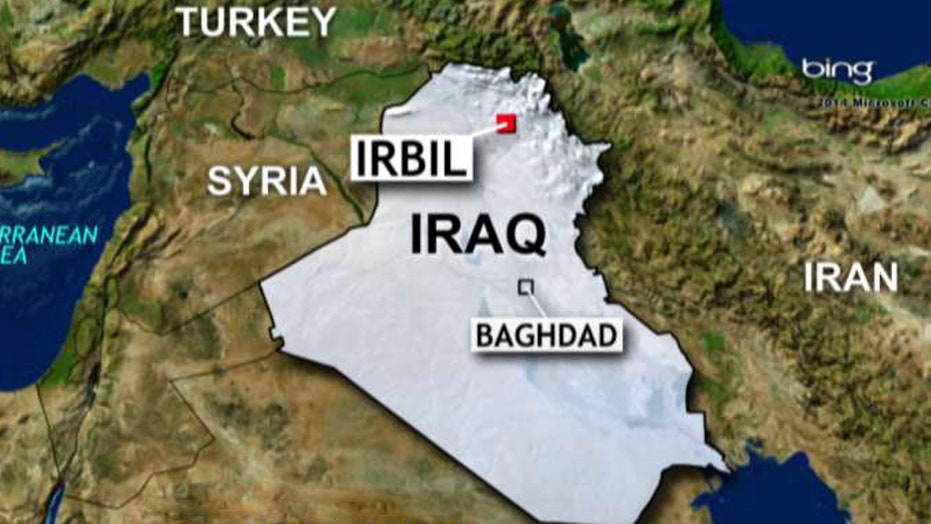 US serviceman killed by enemy fire in Iraq

He was identified Tuesday evening by Gov. Doug Ducey as Charlie Keating IV.

Ducey ordered all state flags be lowered to half-staff from sunrise to sunset Wednesday in honor of Keating, who was a graduate of Phoenix's Arcadia High School.

The 31-year-old Keating attended the Naval Academy before becoming a Navy Seal based out of Coronado, California

Keating was the grandson of Charles Keating, Jr., the Arizona financier at the center of the 1989 savings and loan scandal, which led to five U.S. Senators being accused of corruption. The senators allegedly involved were dubbed 'The Keating Five.'

Keating was advising Peshmerga forces but was less than 2 miles behind the front lines in the town of Tel Askuf, Pentagon Press Secretary Peter Cook said in a statement. A defense official told Fox News the he was killed by small arms fire, likely from an AK-47 rifle.

"The Peshmerga were trying to hold the line, but Navy SEALS – at least 20 – came in and pounded the s--- out of ISIS," military trainer Matthew VanDyke told Fox News, saying that "scores" of Islamic State militants died. VanDyke and three U.S. veterans were training Assyrian Christian forces battling ISIS in the region.

Navy SEALs joined the fight roughly an hour after it started, "heroically" beating back ISIS, according to VanDyke. He said the SEALs kept fighting until ammunition ran low.

"It is a combat death, of course. And a very sad loss," Defense Secretary Ash Carter said, referring to the Navy SEAL. Carter was speaking in Stuttgart, Germany, where he was attending a ceremony installing a new commander of U.S. European Command. "It shows you the serious fight that we have to wage in Iraq."

The town of Tel Askuf is located about 20 miles north of ISIS' Iraqi hub of Mosul. Despite a push from the Obama administration to accelerate the fight against ISIS, senior defense officials say they do not believe Mosul will fall this year.

Still, VanDyke says he believes ISIS "won’t be able to sustain continued losses like that."

Three U.S. military personnel have been killed in Iraq as part of the ground fight against the ISIS terror group. The last American death happened in March, when U.S. Marine Staff Sgt. Louis Cardin was killed in a rocket attack on a firebase in northern Iraq.

This past October, Delta Force Master Sgt. Josh Wheeler was killed during a rescue mission that freed as many as 70 ISIS hostages.

The latest death came following the deployment of a 200-person special operations task force to Irbil, southeast of Mosul, which Carter first announced in December. Last week, President Obama approved the deployment of 450 additional U.S. troops to Iraq and Syria.

Vice President Joe Biden visited Baghdad last week to exhort leaders of the government in Iraq to resolve internal political strife and concentrate on the effort to defeat ISIS.

Carter, likewise, visited Baghdad recently. The Obama administration has been pressing the effort against ISIS, which has been slowed down in its quest to overrun Iraq.