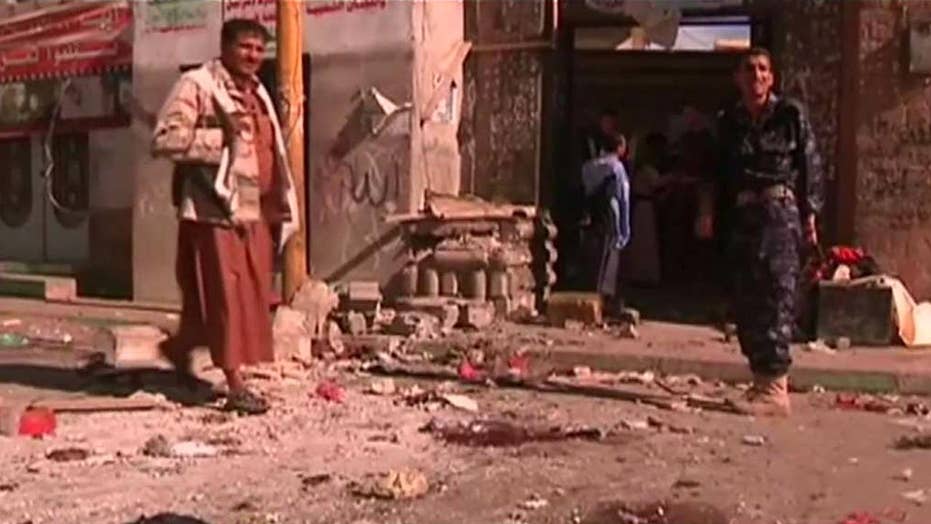 US continues to hammer Al Qaeda with airstrikes in Yemen

The U.S. on Thursday engaged in its first military action in Yemen since the raid that killed Navy SEAL Ryan Owens in January, three U.S. defense officials confirmed to Fox News.

The strikes will degrade the AQAP's ability to coordinate external terror attacks and limit their ability to use territory seized from the legitimate government of Yemen as a safe space for terror plotting. Targets of the strikes included militants, equipment, infrastructure, heavy weapons systems and fighting positions," Davis added, saying the U.S. coordinated the military action with Yemeni President Abed Rabbo Mansour Hadi.

Chief Petty Officer Ryan Owens was killed as part of the Navy SEAL Team Six operation against Al Qaeda in the Arabian Peninsula on January 29.

Three other Americans were wounded in the operation and a $75 million aircraft was destroyed after it crash-landed bringing in reinforcements offshore. The SEAL team had engaged in a firefight with Al Qaeda militants and local villagers, lasting nearly an hour.

Critics have claimed the raid was a failure. Survivors and witnesses said at least 25 Yemenis were killed in the attack, including 10 children and nine women, The Associated Press reported.

Al Qaeda in Yemen, seen as the militant group's most dangerous offshoot, has seized large swaths of land and entire cities since 2011, when a mass uprising forced longtime ruler Ali Abdullah Saleh from power.

However, the group grew in weapons and numbers after the start of the 2015 Saudi-led campaign that targeted Houthi rebels who seized control of the capital, Sanaa, forcing the internationally recognized government to escape.

Throughout the years, the U.S. has depended on drone strikes in hunting down Al Qaeda's top leaders and operatives. In 2015, the group's leader was killed in a drone strike in the southern city of Mukalla, the provincial capital of Yemen's largest province of Hadramawt, and which fell into the hands of the group for a year.