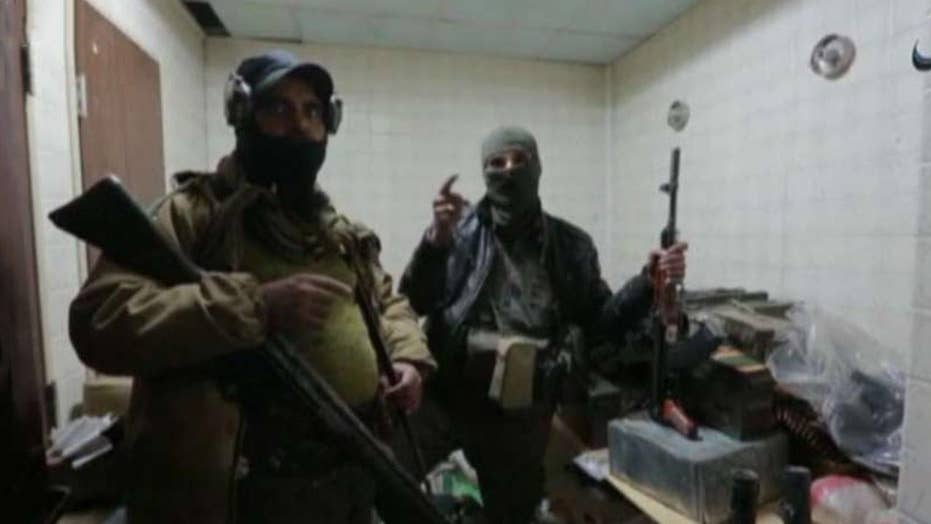 U.S. special operations forces, including an American gunship, backed Afghan commandos in a predawn raid on a building filled with dozens of Al Qaeda fighters in southern Afghanistan, killing over 20 of the militants, officials said Monday.

Afghan security officials tweeted that a "target" of the operation was Asim Umar, the leader of Al Qaeda in the Indian Subcontinent (AQIS), who was "in the compound." They did not elaborate on Umar's status but said his courier, who was tasked with delivering messages to Al Qaeda leader Ayman al-Zawahiri, was killed, along with multiple Taliban leaders and deputies.

A U.S. Air Force AC-130 gunship leveled the building in the volatile Helmand Province after a suicide bomber detonated his vest during the joint operation, according to a U.S. official.

Helmand police chief Col. Ehsamudin Helmandi said Afghan special forces killed 22 Taliban militants in addition to the Al Qaeda fighters. At least 14 other militants were wounded and some were taken prisoner as a result of the operations.

The raid uncovered equipment used by the terror network. (Spokesman for US forces in Afghanistan)

Dozens of Afghan civilians were also wounded and some killed in the crossfire and by the detonation of the Al Qaeda suicide bomber.

The police chief blamed the Taliban and Al Qaeda for causing the civilian casualties in Musa Qala district because they used people living there as human shields. The exact number of civilians killed was not immediately clear.

The joint operation destroyed a major Taliban hub in Helmand, which was also a gathering point for Al Qaeda fighters moving through the area. The Al Qaeda fighters were discovered as a result of communication intercepts, U.S. officials said, declining to elaborate because of the sensitivity of the intelligence.

'ALMOST IMPOSSIBLE MISSION': THE 8,000-MILE NONSTOP FLIGHT TO SAVE A US SOLDIER'S LIFE

The fast-acting response from the service member, whose nationality was not immediately clear, saved the lives of all onboard the vehicle, according to a spokesman for U.S. forces in Afghanistan.

No U.S. or allied troops were injured in the attempted attack, which took place off base, an official said. The shooter, a member of the Afghan army, was killed.

The incidents came after President Trump scrapped a meeting at Camp David with top Afghan and Taliban leaders days before the 18th anniversary of the 9/11 attacks.

A Pentagon spokesman said this past Thursday the U.S. military had not been ordered to reduce any of the 14,000 troops currently serving in Afghanistan.

This year, 17 U.S. troops have been killed fighting in Afghanistan and 104 have been wounded, according to the Pentagon.