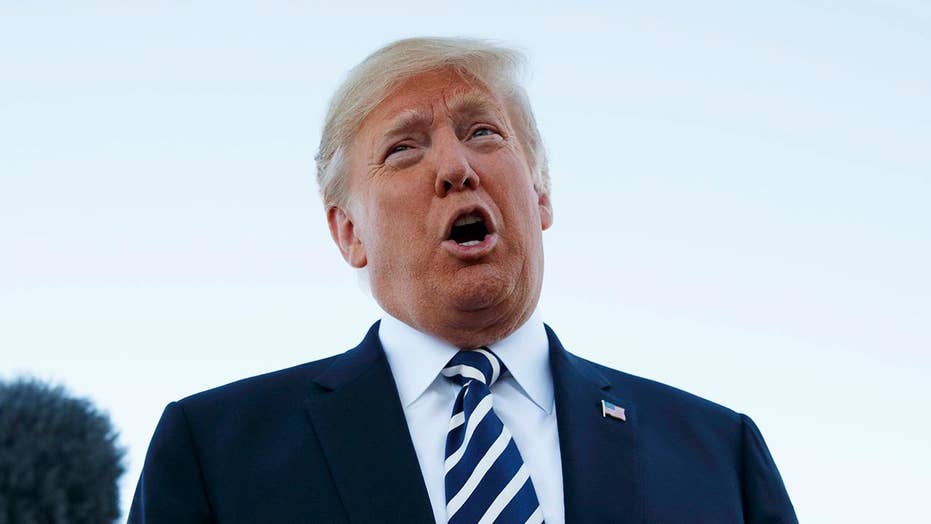 Trump says US will withdraw from nuclear treaty with Russia

Is the president's strategy more about Russia or China? Attorney John Jordan weighs in.

President Trump's intention to withdraw from a landmark Cold War-era treaty drew a heated response from the Kremlin on Monday, with Russian officials saying the country would respond if the U.S. began building new missiles.

Trump’s decision to leave the Intermediate-Range Nuclear Forces pact comes after the U.S. has accused Russia of violating the terms of the treaty, which prohibits the U.S. and Russia from creating and testing ground-launched nuclear cruise missiles with a range of 300 to 3,400 miles.

Russia has denied those allegations and fired back a rebuke of the U.S. withdraw, with Kremlin spokesman Dmitry Peskov saying the move will make the world a more dangerous place, according to Reuters. Peskov added Russia would work to restore its military might should the U.S. start making new weapons -- though critics would say the Kremlin has already begun doing so.

It would “cause the most serious condemnation from all members of the international community who are committed to security and stability,” he said.

The U.S. withdrawal from the treaty would mean “mankind is facing full chaos in the nuclear weapons sphere,” Konstain Kosachev, the head of the foreign affairs committee in Russia’s upper house of parliament, said in a Facebook post. The decision also brought sharp criticism Sunday from Russian officials and former Soviet President Mikhail Gorbachev, who signed the treaty in 1987 with President Ronald Reagan.