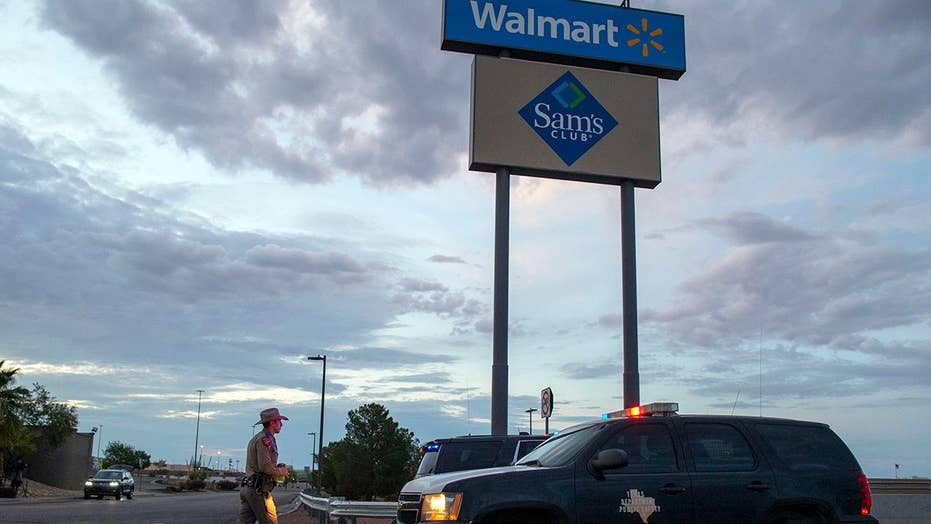 Doctors say two more patients have died in the hospital from wounds.

Uruguay and Venezuela are now warning their citizens to take precautions when traveling to the U.S. and to avoid cities like Detroit and Baltimore – which they deem some of the “most dangerous in the world” – following the mass shootings in Texas and Ohio this past weekend.

The South American countries, in a pair of travel warnings issued Monday, both argue that the recent attacks combined with other factors like the amount of U.S. gun owners make America a risky place to visit.

“The Foreign Ministry warns compatriots traveling to the United States to take precautions against growing indiscriminate violence, mostly for hate crimes, including racism and discrimination, which cost the lives of more than 250 people in the first seven months of this year,” Uruguay said in its warning.

Authorities retrieve evidence markers at the scene of a mass shooting in Dayton, Ohio. (AP)

“Given the impossibility of the authorities to prevent these situations, due among other factors, to the indiscriminate possession of firearms by the population, it is especially advisable to avoid places where large concentrations of people occur,” it added.

Venezuela, in their statement, warned its citizens with plans to travel to the U.S. to postpone their trips or take precautions “given the proliferation of acts of violence and crimes of indiscriminate hatred, expressed last weekend in the towns of El Paso, Texas and Dayton, Ohio.”

“These growing acts of violence have found echo and sustenance in the speeches and actions impregnated with racial discrimination and hatred against migrant populations, pronounced and executed from the supremacist elite who hold political power in Washington,” Venezuela added in a swipe at the U.S. government.

Law enforcement officers make their way along a walkway to the scene of a mass shooting at Walmart in El Paso, Texas. (AP)

Both statements, citing surveys from CEOWORLD Magazine and Forbes, also urged citizens to stay away from American cities “which are among the most 20 dangerous in the world,” naming ones like Baltimore and Detroit in particular.

The U.S. State Department on Friday advised Americans to “exercise increased caution” when traveling to Uruguay because of crime. For months, it has been telling U.S. citizens to avoid going to Venezuela completely because of the country’s tumultuous political situation, poor health infrastructure and civil unrest.