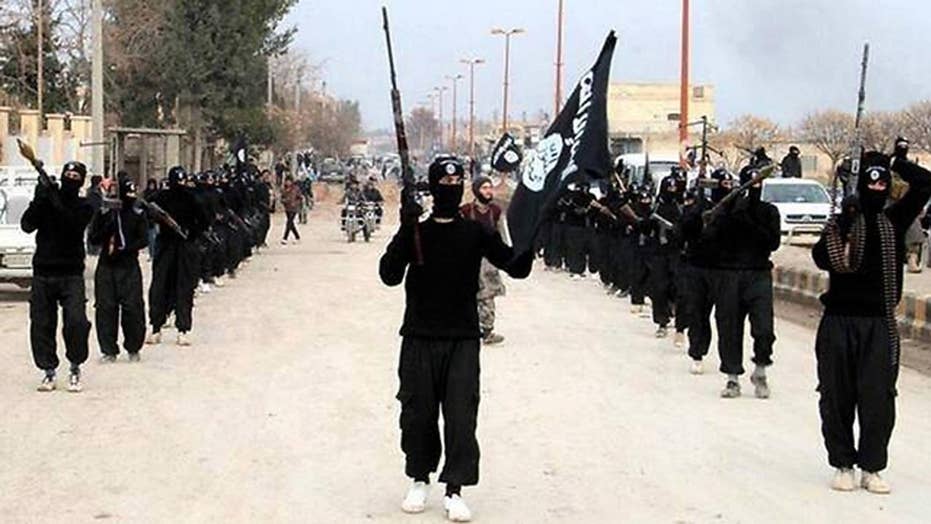 US Marines arrive in Syria to retake Raqqa from ISIS

UNICEF said in a statement that the violence has resulted in massive displacement in and around the city, with some 80,000 children now internally displaced and living in temporary shelters and camps.

The U.S.-backed Syrian Democratic Forces launched their attack on Raqqa earlier this week and U.S.-led coalition airstrikes have intensified since then.

"An estimated 40,000 children remain trapped in extremely dangerous conditions in Raqqa. Many are caught in the crossfire," said UNICEF regional director Geert Cappelaere. He called on all parties to provide safe passage to those wishing to leave the city.

The Britain-based Syrian Observatory for Human Rights reported more than 25 airstrikes overnight on Raqqa saying they killed 17 people, including 12 who were killed at an Internet cafe. It said one of those killed was an activist with the group.

The activist collective Raqqa is Being Slaughtered Silently said that in addition to the airstrikes the city was subjected to artillery and missile attacks. The group said the U.S.-led coalition used white phosphorous in the night attacks on Raqqa.

IS also alleged that the U.S.-led coalition used white phosphorous munitions over Raqqa on Thursday at dusk, when Muslims would breaking their fasts during the holy month of Ramadan. White phosphorous is a form of incendiary munition that burns at extremely high temperatures and can be used to illuminate conflict zones or obscure them with smoke.

International law prohibits the use of white phosphorous in civilian zones because of its indiscriminate effects — from starting fires to causing excruciating burns for bystanders over a large area — according to Human Rights Watch, which said it was investigating the allegations.

US SAYS DRONE FIRED ON ITS FORCES NEAR SYRIAN CAMP

The U.S. CENTCOM military command refused to comment on specific allegations but said it uses white phosphorous rounds "in accordance with the law of armed conflict... in a way that fully considers the possible incidental effects on civilians and civilian structures."

The violence in Raqqa comes amid tensions in southeastern Syria where Syrian troops and their allies have been clashing with U.S.-backed rebels near the border with Iraq. The Observatory said rebels launched an attack on government forces near the area where the Syrian, Jordanian and Iraqi borders meet.

On Thursday, a drone that U.S. officials say was likely connected to Iranian-supported Hezbollah forces fired on U.S.-backed troops and was shot down by an American fighter jet in southern Syria near a base where the U.S.-led coalition is training Syrian rebels fighting the Islamic State group.

U.S. defense officials said the weapon fired by the drone did not detonate and no one was hurt.

Earlier this week the U.S. bombed similar forces inside the protected zone, after they came under attack by another unaffiliated group of Syrian rebels. The pro-government forces brought in additional equipment and called in airstrikes to repel the assault, and the U.S. was informed of those developments through the "deconfliction" phone line it has set up with Russian military officials.