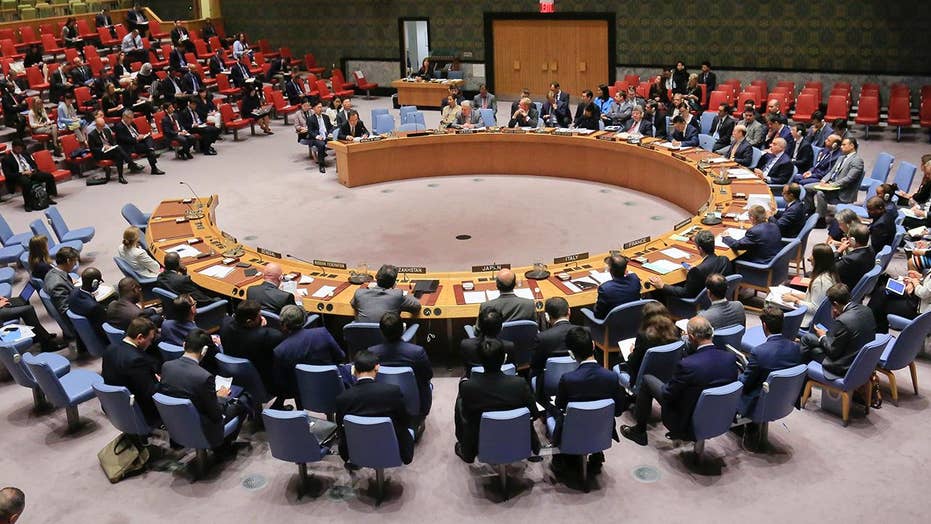 The United Nations Security Council on Monday unanimously approved new sanctions against North Korea in a weakened resolution that won’t ban oil imports or an international asset freeze on the government or dictator Kim Jong Un, which the Trump administration had wanted.

The resolution bans the regime from importing all natural gas liquids and condensates, and caps Pyongyang’s imports of crude oil at the level of the last 12 months. It also limits the import of refined petroleum products to 2 million barrels per year.

The sanctions also ban all textile exports and prohibit all countries from authorizing new work permits for North Korean workers, both of which are sources of hard currency for the regime.

“This resolution sends a very clear message to North Korea that the Security Council is united in condemning North Korea's violations and demanding North Korea give up its prohibited nuclear and ballistic missile programs,” the U.S. mission to the U.N. responded.

U.S. Ambassador to the U.N. Nikki Haley tweeted after the vote, "The UN Security Council unanimously adopted the strongest sanctions ever against North Korea: #15-0"

Ahead of the vote, North Korea vowed the United States would face “pain and suffering,” and vowed it was “ready and willing” to retaliate if any new sanctions were approved by the U.N.

“The forthcoming measures to be taken by [North Korea] will cause the U.S. the greatest pain and suffering it had ever gone through in its entire history,” North Korea’s Foreign Ministry said in a statement.

An initial draft of the U.N. sanctions called for a ban on all oil and natural gas exports to North Korea, as well as a freeze on all foreign financial assets of the government and Kim Jong Un.

A call for tougher sanctions against North Korea came after the country said detonated a hydrogen bomb last week after a series of missile launches earlier this year.