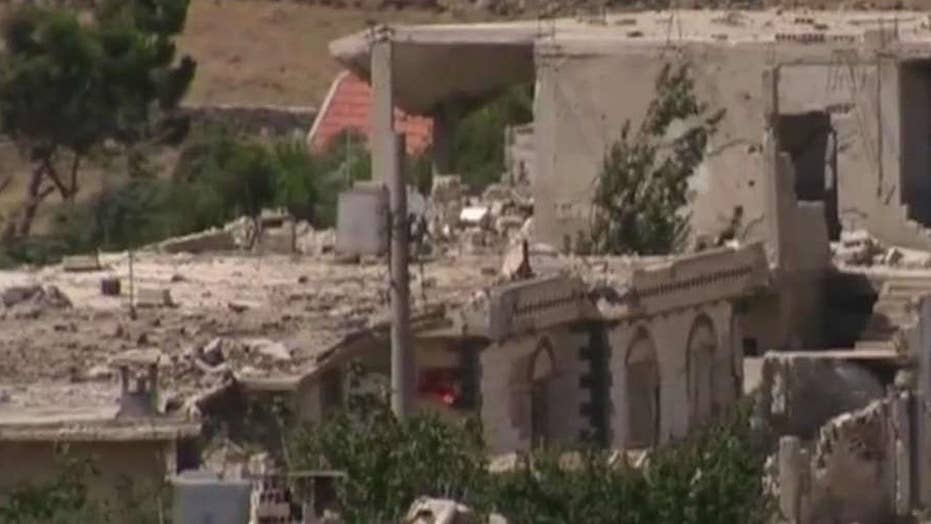 GENEVA – The U.N.'s special envoy for Syrian peace talks on Monday said a U.S. and Russia-brokered cease-fire in the country's southwest was generally holding despite some "teething problems," adding he hoped it would contribute positively to talks between the government and opposition.

A new round of indirect talks that began Monday is the seventh so far between Syrian government representatives and opposition leaders to try to wind down the battered country's 6-year-old civil war.

Staffan de Mistura, speaking at a press conference in Geneva, said he is not expecting any breakthroughs but rather "some incremental developments."

The start of the talks in Geneva coincided with the first full day of the cease-fire for southern Syria that was brokered last week by the United States, Russia and Jordan.

Opposition activist Ahmad al-Masalmeh said it was quiet in the city of Daraa, near the Jordanian border. The Britain-based Syrian Observatory for Human Rights monitoring group reported light shelling and bombardment in the city overnight.

"We believe that de-escalation will be contributing to not only the talks in Geneva and in Astana of course but will also reassure the Syrian people that while we are talking the people are not going to die because of bombs," de Mistura said.

He cautioned against de-escalation deals leading to eventual partition, saying they should be an interim measure only until an overall cease-fire and peace settlement can be found.

The Geneva talks are expected to last through the week. De Mistura will be shuttling between the two sides, which have not been face-to-face in the same room except at a ceremony to resume the talks earlier this year.

The U.N.-led diplomatic effort seeks partly to ensure humanitarian aid deliveries to Syria and plan for the day after the war is over. At the press conference, de Mistura avoided questions about any political transition away from President Bashar Assad, saying the talks are focusing on de-escalation and stabilization for now.

The Syrian opposition is determined to achieve a political transition in Damascus, while Assad's government insists the talks should prioritize "the war on terror."

Meanwhile, Syrian government forces retook the al-Hail gas field in central Syria from Islamic State militants, the army reported. The government and its Iranian backers have been advancing through Homs province to secure vital resources they lost early in the war. Their declared aim is to relieve Syrian soldiers who have been under IS siege in the city of Deir El-Zour, a regional hub for resource commerce.

In north Syria, at least one person was killed and several others wounded in a barrage of rocket fire and shelling on areas under the control of a U.S.-backed Syrian Kurdish militia. The People's Protection Units blamed the attack on Turkey. Ankara says the militia is an extension of an outlawed Kurdish insurgent group operating inside its own borders. At least three civilians were killed in shelling on Kurdish villages last week.

And five people were killed in shelling on the nearby city of Aleppo, Syrian state media reported. The government blamed it on rebels encamped outside the city.

Separately, the al-Qaida-linked Levant Liberation Committee group said on social media it detained 123 IS fighters in northwest Idlib province, a rebel-held corner of the country where the group is largely in control. The Observatory also reported the detentions on Sunday.

Assad's government has refused to entertain talk of the president's departure. He inherited power from his father, the late Hafez Assad, in 2000 and has held on despite the devastating civil war. Half of the country's population has been displaced, and some 400,000 people have been killed in the violence since 2011.