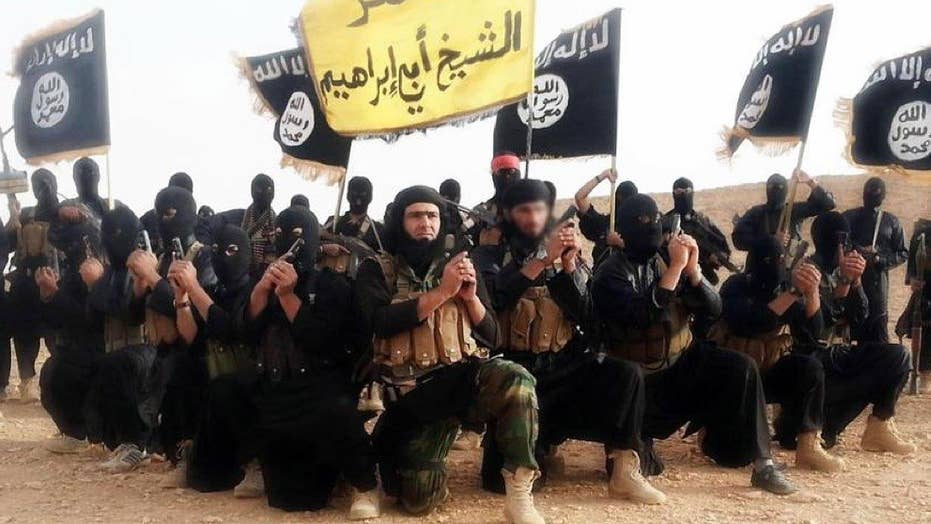 A top U.N. envoy in Iraq said Friday more than 50 mass graves have been found in Iraq territory that was once held by the Islamic State.

Jan Kubis told the U.N. Security Council that three of the 50 graves were found on April 19 in the soccer grounds area of Ramadi. Kubis said that ISIS "remains a formidable and determined enemy that constantly adjusts its tactics and attack patterns,” and used the discovery as an example.

The most recently discovered graves found in Ramadi in April might contain the remains of up to 40 people. He called on the international community to “take steps to ensure the accountability” of Islamic State extremists.

The Iraqi military re-captured parts of Ramadi from the Islamic State in December 2015. It had been held by the extremist group since May of last year. Mass graves have been found near Sinjar, Anbar and Tikrit.

Kubis urged Iraq’s political leaders and civil society to work together to resolve the political deadlock, warning that the ongoing crisis and chaos are only serving ISIS’ interests. He said a profound political crisis engulfing Baghdad and the country has paralyzed the work of the government and parliament "and added a new layer of complications to the already complex set of military, security, humanitarian, economic and human rights challenges the country is facing."

Supporters of Shiite cleric Muqtada al-Sadr have been holding demonstrations and sit-ins for months to demand an overhaul of the political system put in place by the U.S. following the overthrow of Saddam Hussein in 2003. On Saturday, hundreds of his supporters stormed the heavily fortified Green Zone in the Iraqi capital, Baghdad, and broke into the parliament building.

Kubis said a majority of Iraqi political blocs have rejected replacing the cabinet created on the basis of party affiliation or ethnic or sectarian with a cabinet of technocrats sought by al-Sadr and protesters who argue this is the only way "to enact genuine reforms, get rid of a powerful patronage system and achieve success in fighting corruption."

The political blocs view al-Sadr's actions as an attempt to take power and de-legitimize the government and parliament, he said.

"The stability, security and unity of Iraq hinge on an effective and inclusive political system, and equality in decision-making at the federal and local levels, tangible solutions to prevent political and sectarian exclusion," Kubis said.

He urged the government, constitutional and political leaders and civil society to hold talks that not only resolve the political impasse but give hope to Iraqis for a better future and unite efforts behind the "critical effort" of fighting Islamic State extremists.