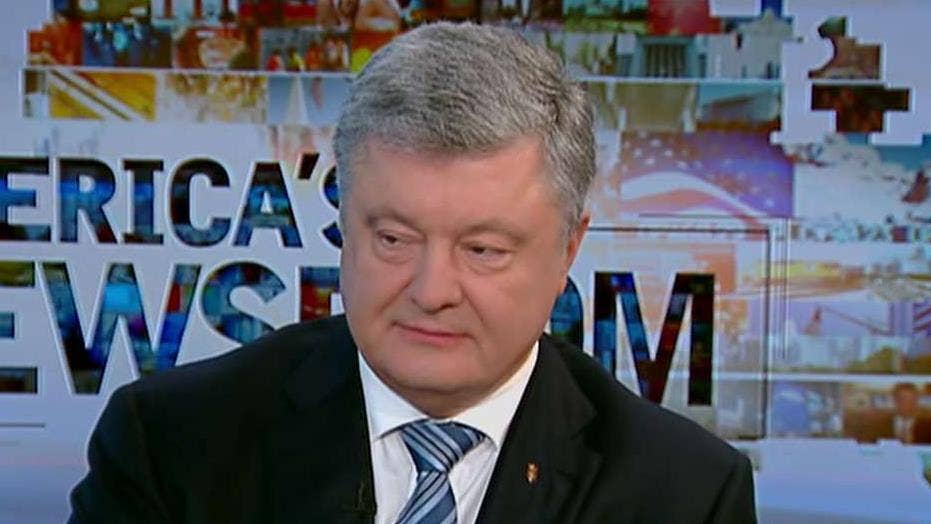 President of Ukraine: Putin has no red line when it comes to restoring the Soviet Union

Ukrainian President Petro Poroshenko sits down with 'America's Newsroom' on the 5-year anniversary of the annexation of Crimea.

UNITED NATIONS – Ukraine's president says a U.N.-mandated peacekeeping operation could be decisive in ending the conflict in the east with Russian-backed separatists — and says Secretary-General Antonio Guterres should send a mission to come up with options.

Petro Poroshenko told the General Assembly Wednesday that Ukraine is ready to discuss a multinational peacekeeping operation with "a clear objective to end the Russian aggression and restore Ukraine's sovereignty."

He accused Russia of conducting an "undeclared war" and said it may be time for the international community "to put Russia in its place," starting by depriving Moscow of its Security Council veto on issues "related to the Russian aggression against Ukraine."

Russia's annexation of the Crimean Peninsula in 2014 and support for separatist rebels in the east triggered a conflict with Ukrainian government forces.