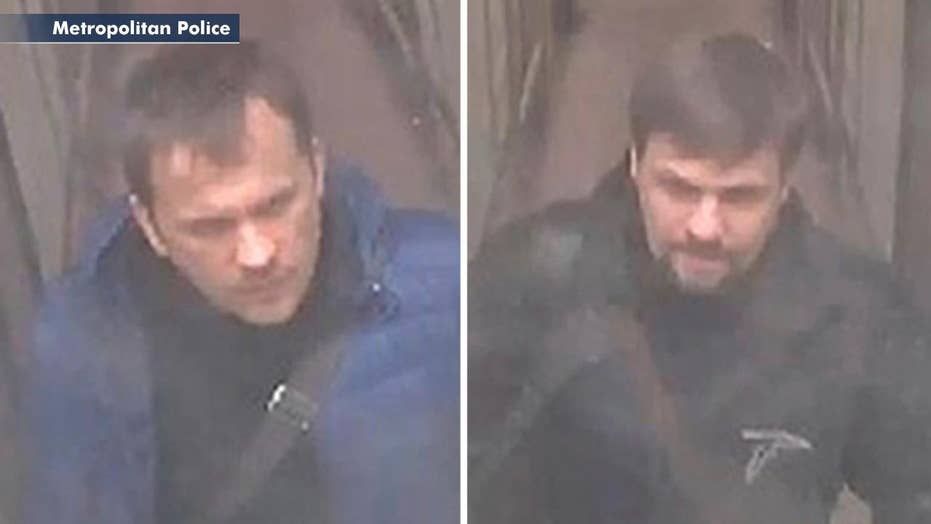 Suspects in Novichok poisonings say it's a fatal coincidence that they were in Salisbury. Amy Kellogg has the story.

The two men Britain has accused in the nerve-agent poisoning of a former Russian spy and his daughter claimed Thursday they were merely tourists in the area where the incident occurred.

Alexander Petrov and Ruslan Boshirov told the state-backed RT station that they were visiting the United Kingdom in March when they went on a brief sightseeing jaunt to Salisbury, according to The Daily Mail.

“We arrived in Salisbury on March 3 and tried to walk through the town, but we lasted for only half an hour because it was covered in snow,” Petrov said. “Of course, we went there to see Stonehenge but we couldn't do it because there was muddy slush everywhere. We got wet, took the nearest train and came back [to London].”

The pair spent no more than an hour in Salisbury because of the train times, Boshirov added.

Britain named Petrov and Boshirov as the two men suspected of poisoning Sergei Skirpal, 66, and his 33-year-old daughter, Yulia, and said the duo work for Russian military intelligence.

Russian President Vladimir Putin, however, on Wednesday denied the men worked for the military. Putin said Russian officials “know who these people are” and called on the two men to talk to the media and “tell about themselves.”

Skripal and his daughter were found unconscious on a shopping mall bench on March 4 in Salisbury, a city about 90 miles west of London. The pair were released from the hospital two months later and moved to a private, secure location.

The nerve agent used to poison the Skripals was smuggled to Britain in a counterfeit Nina Ricci perfume bottle and applied to the front door of their house, according to Metropolitan Police.

A British couple with no known ties to Russia were also later poisoned by the same substance in Salisbury.

"Of course, we went there to see Stonehenge but we couldn't do it because there was muddy slush everywhere. We got wet, took the nearest train and came back [to London]."

Police believe Dawn Sturgess, 44, and her partner, 45-year-old Charlie Rowley, had accidentally found the Novichok-laced perfume bottle, exposing them to the toxic nerve agent. Sturgess died more than a week later, while Rowley remains in critical but stable condition.

After the Skripals were poisoned, Britain and more than two dozen other countries expelled a total of 150 Russians who were allegedly spies working under diplomatic cover. Russia kicked out a similar number of those countries' diplomatic envoys.

On Aug. 8, the U.S. announced it was imposing sanctions on Russia for using a chemical weapon in violation of international law.

Fox News’ Jennifer Earl and Stephen Sorace and the AP contributed to this report.