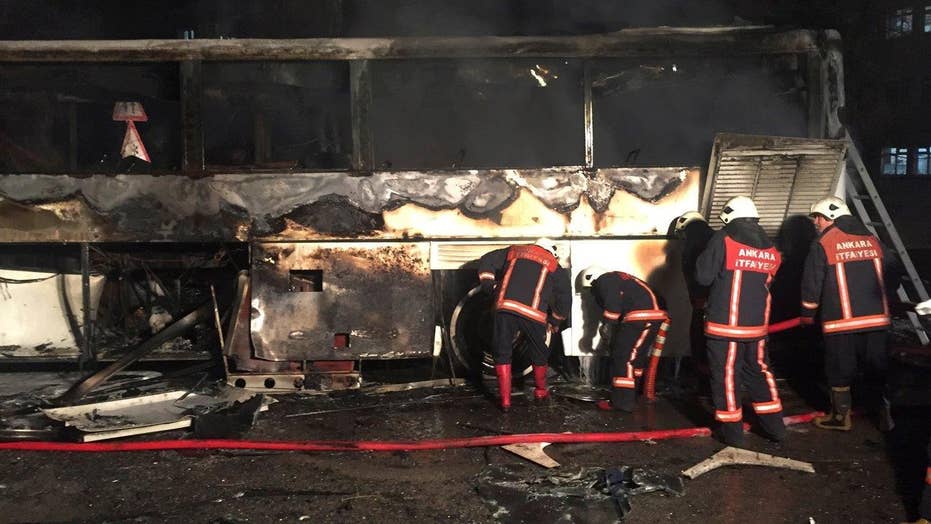 Turkish President Recep Tayyip Erdogan said his country has the right to launch operations in Syria against “terrorist organizations,” in remarks that could be viewed as a shot across the bow at Russian intervention.

“To fight the threats which it faces, Turkey has the right to launch any kind of operation, in Syria and wherever else the terrorist organizations are located,” Erdogan said in a speech on Saturday, according to a Dogan news agency report cited by AFP.

Turkey and Russia each back opposing sides in the Syrian conflict, with Russia aiding embattled President Bashar Assad and Turkey supporting rebel groups which seek to topple him. The immediate targets of Turkey’s military might are Syrian Kurdish fighters, some of whom have benefitted from Russian airstrikes in Syria.

“The situation we are currently facing is one of legitimate defense,"

Turkey has blamed the Kurdish fighters for, among other attacks, a deadly car bombing this week that killed 28. Turkey fears the Kurdish fighters, which Turkey considers terrorists, could create a significant base along the country’s southern border. In an attempt to prevent those groups from controlling a large swath of territory, Turkey has already been shelling targets in Syria, drawing the ire of the Russians. Russia views the shelling as an affront to Syrian sovereignty, as evidenced by a since-rejected proposed UN resolution demanding an end to the shelling, Reuters reported.

French President Francois Hollande said Friday that Turkey’s expanding use of force in Syria could risk a war with Russia.

“Turkey is involved in Syria…There, there is a risk of war,” Hollande told France Inter radio in an interview cited by AFP.

Also on Friday, Barack Obama urged Erdogan to “show reciprocal restraint” with the Kurdish fighters, according to AFP.

But Erdogan appears to be rejecting the calls to caution.

“The situation we are currently facing is one of legitimate defense,” Erdogan said Saturday. “No one can deny or limit Turkey’s legitimate right to defense in the face of terrorist attacks.”