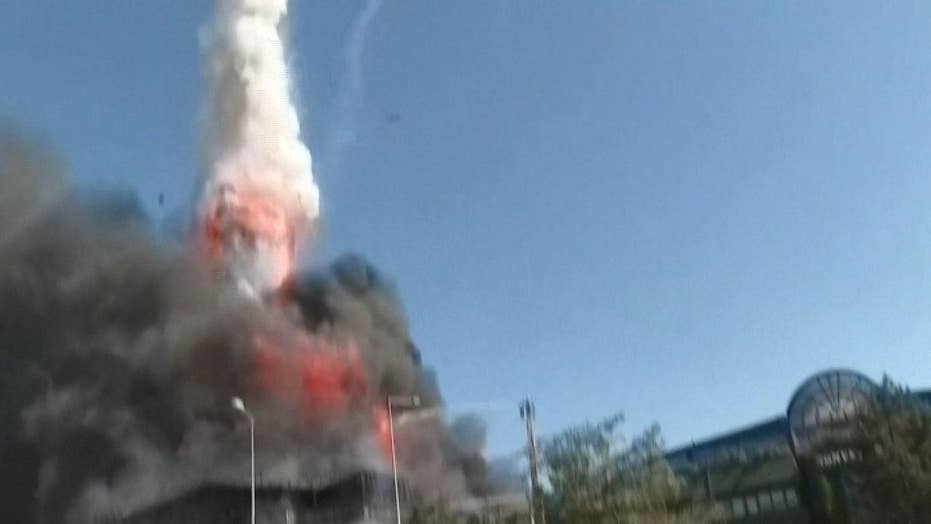 Raw video: A tank exploded after a massive fire broke out at a chemical factory in Instanbul.

A metal tank exploded and launched into the sky Wednesday after a raging fire engulfed a chemical factory in Istanbul, sending bystanders fleeing for cover and reportedly injuring two firefighters battling the blaze.

The billowing black smoke from the fire gave way to a trail of white as the tank and metal debris shot above the factory, video from Turkish broadcaster Haber Global showed.

The falling debris appeared to land on a car parked across the street as panicked onlookers dashed from the scene.

Two firefighters were injured in the blast, according to Turkish pro-government outlet the Daily Sabah. One was taken to a hospital while the other was treated at the scene.

Firefighters struggled to control the blaze for nearly two hours, the paper reported. The fire was finally extinguished with the help of 48 fire engines and 138 firefighters, said Ali Karahan, the head of the Istanbul Metropolitan Municipality Firefighting Division.

Officials are investigating what caused the fire.