Olives are poured into a grinding machine before they are pressed to be made into oil. (Reuters)

The Turkish government is being accused of stealing olives from Syria, pressing them into oil and passing them off as their own to sellers in European Union countries for a hefty profit.

Bernhard Guhl of Switzerland’s Conservative Democratic Party says he's contacted the government about claims that Turkey is trying to peddle the stolen olives as their own and use the funds to finance militias backed by Ankara.

“In Turkish-occupied Afrin, the olive groves are being pillaged by both Turkish forces and the militias they support. The olives they steal have been sold to Spain, and the sale will continue,” Guhl said.

The seized Syrian olives are pressed in local mills that have been taken over by paramilitary groups. The oil is then transported across the border to Turkey where it's blended and labeled as Turkish olive oil before being shipped to EU countries, according to locals who spoke with El Público. 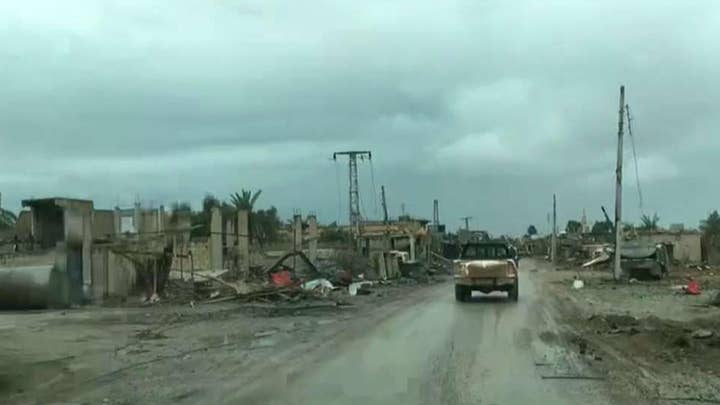 Turkish forces are in the area because they invaded Aleppo, a northwestern Syrian province, in January 2018. The mission, ironically called Operation Olive Branch, was meant to help stabilize the region but has led to widespread accusations that Turkey is exploiting the region for financial gain.

Saleh Ibo, the Agricultural Council Deputy Chairperson for the district of Afrin, said that at least 5,000 tons of olive oil have been produced which has raked in $80 million for Turkey, the Olive Oil Times reported.

“They have also been confiscating the fields and olive groves of people who have had to flee Afrin due to the Turkish state violence in the months since the invasion,” he said. “We can say that 80 percent of the olives in Afrin are being taken to Turkey with no cost through the [paramilitary groups] and the councils they formed.”

For its part, Turkey has admitted to taking the olives but say they are doing so to prevent the money-making fruit from falling into the hands of Kurdish forces that has previously occupied the area.