President Donald Trump announced Tuesday that North Korea and South Korea will be meeting to end their decades-long war -- and both countries have his “blessing.”

The president also noted that the U.S. has started to engage “at very high levels” with North Korea, ahead of a much-anticipated meeting between Trump and dictator Kim Jong Un set for later this year.

“South Korea is meeting and has plans to meet with North Korea to see if they can end the war,” Trump said at his Florida home at Mar-a-Lago, with Japanese Prime Minister Shinzo Abe by his side. “They have my blessing on that.”

The war began in 1950. Without ever signing a peace treaty, North and South Korea are technically still at war.

South Korean President Moon Jae-in and North Korean dictator Kim Jong Un are set to hold a summit on April 27 in a village on the border, South Korean media and Reuters reported. 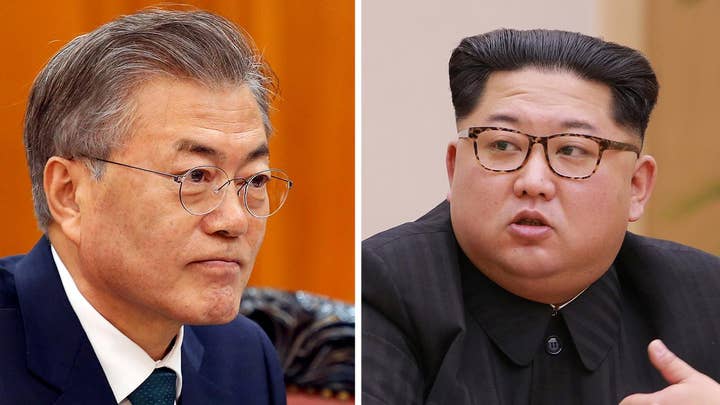 South Korean presidential chief of staff Im Jong-seok told reporters Tuesday that his country would hold “working-level” talks on Wednesday and that they may be sending officials to North Korea before next week’s summit for planning purposes.

He also said that the meeting between the two leaders “will confirm the denuclearization” of North Korea.

“We expect the summit will confirm the denuclearization will (of North Korea), and hope to have a comprehensive agreement with the North on the matter,” he said.

An early report also seemed to confirm that at the summit the two sides may announce an official end to the military standoff on the Korean peninsula, Bloomberg reported.

Citing an unidentified South Korean official, the report said neighboring countries may issue a joint statement announcing a relief in military tension and a plan to end confrontation.

President Trump took credit for the open dialogue saying that “without us, without me in particular, I guess you would have to say that they wouldn’t be discussing anything.” 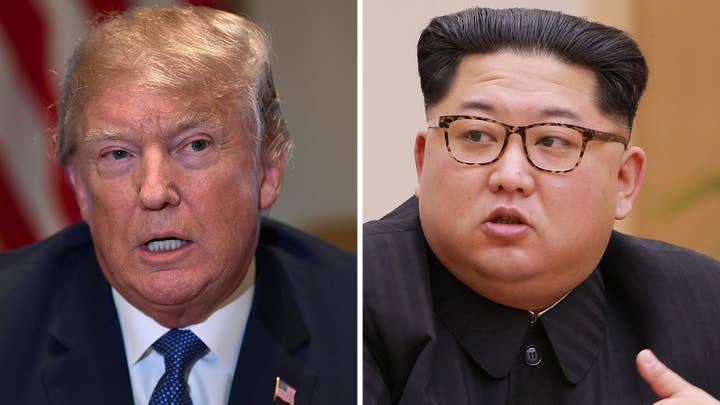 He also talked about meetings between himself and Kim Jong Un, saying it most likely would take place in “early June.”

“We will be having meetings with Kim Jong Un very soon,” he said before adding, “assuming things go well.”

He also said, “Its possible things won’t go well and we won’t have the meeting and we’ll just continue to go along this very strong path that we’ve taken.”