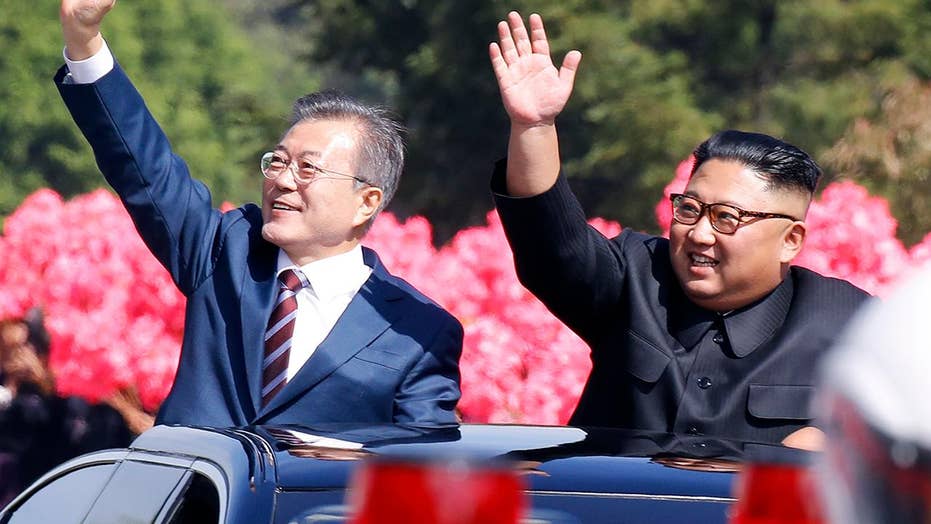 President Donald Trump on Wednesday said it was “very exciting” that North Korean leader Kim Jong Un agreed to permanently dismantle his main nuclear complex and other key installments in his country.

Kim made the announcement during a meeting with South Korean President moon Jae-in in Pyongyang. Moon said North Korea will dismantle its main nuclear complex if the United States takes corresponding measures.

The summit was an effort to preserve nuclear diplomacy with Washington, which has expressed its desire for more substantial disarmament moves from the North.

“Kim Jong Un has agreed to allow Nuclear inspections, subject to final negotiations, and to permanently dismantle a test site and launch pad in the presence of international experts,” Trump tweeted late Tuesday evening. “In the meantime there will be no Rocket or Nuclear testing.”

Trump also said the remains of American war heroes will continue to be returned to the U.S., before ending his tweet by calling the news “very exciting!”

While Wednesday’s declaration appears to fall short of what Washington wants from North Korea – a complete outline of its nuclear program – Trump maintains he and Kim have a solid relations and that both leaders have expressed interest in meeting again following their June summit in Singapore.

North Korea has been demanding a formal declaration ending the Korean War, which ended in an armistice in 1953, however, neither leader mentioned it as they read the joint statement.

"We have agreed to make the Korean Peninsula a land of peace that is free from nuclear weapons and nuclear threat," Kim said as he stood by Moon's side at the guesthouse where Moon is staying. "The road to our future will not always be smooth and we may face challenges and trials we can't anticipate. But we aren't afraid of headwinds because our strength will grow as we overcome each trial based on the strength of our nation."

The joint statement also said that the leaders would push for a Korean Peninsula without nuclear weapons and to "eliminate all the danger of war."

At the beginning of the summit on Tuesday, Kim praised Moon for his work in helping the June summit with Trump come to fruition.

"It's not too much to say that it's Moon's efforts that arranged a historic North Korea-U.S. summit. Because of that, the regional political situation has been stabilized and more progress on North Korea-U.S. ties is expected," Kim said, according to South Korean media pool reports and Moon's office.

The South Korean leader reciprocated, thanking Kim for making a “bold decision” to open lines of communication to ease tensions and for sending a delegation to the South Korean Winter Olympics in February.

Moon is expected to attend a mass games spectacle later in the day, which an estimated 150,000 spectators plan to attend.