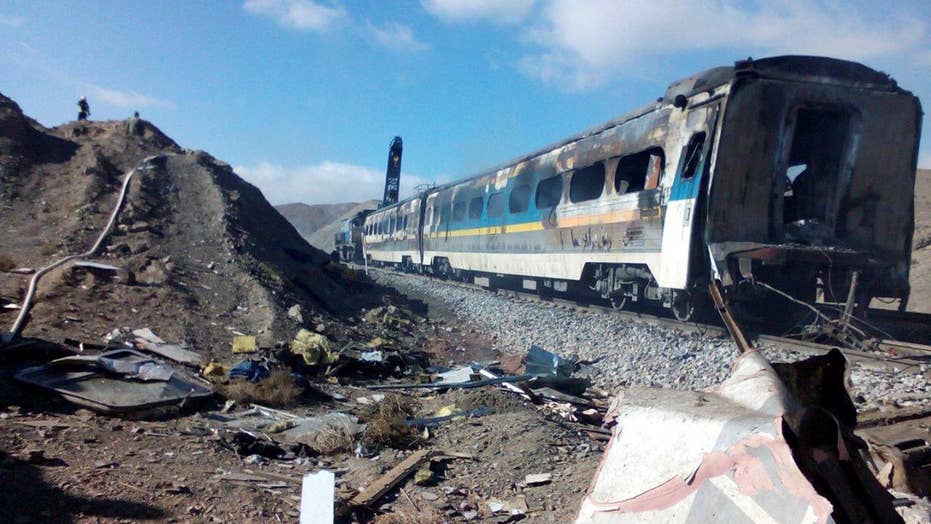 According to state-run TV, the crash occurred in sub-zero temperatures when a passenger train hit another train parked at the station, east of Tehran

The TV said the accident happened in subzero temperatures when a passenger train that was moving hit another one, parked at a station about 150 miles east of the capital, Tehran.

The report said four of the fatalities were railway employees who were onboard the two trains when the accident occurred, near the city of Semnan.

The TV said that in the collision, four carriages derailed and two caught fire. It showed footage of rescue teams working near the carriages on fire. The casualties from the crash were taken to nearby hospitals.

Initial reports had put the death toll at eight but the provincial governor, Mohammad Reza Khabbaz, later told state TV that more bodies were recovered at the scene of the crash.

Khabbaz said the cause of the accident was under investigation and that the parked train was apparently not inside the station but on a main rail line at the time of the collision.

The TV report said that 95 people who were injured in the collision were all in hospital. It said many of them only suffered minor injuries.

Earlier, Ali Asghar Ahmadi, head of Iran's Red Crescent, told state TV that the death toll may raise further, based on unconfirmed reports from the site.

Helicopters and ambulances were sent to join the rescue operation, Ahmadi added.

Years of punitive international sanctions against Iran over its controversial nuclear program have also badly affected Iran's infrastructures, including roads and the railway network.