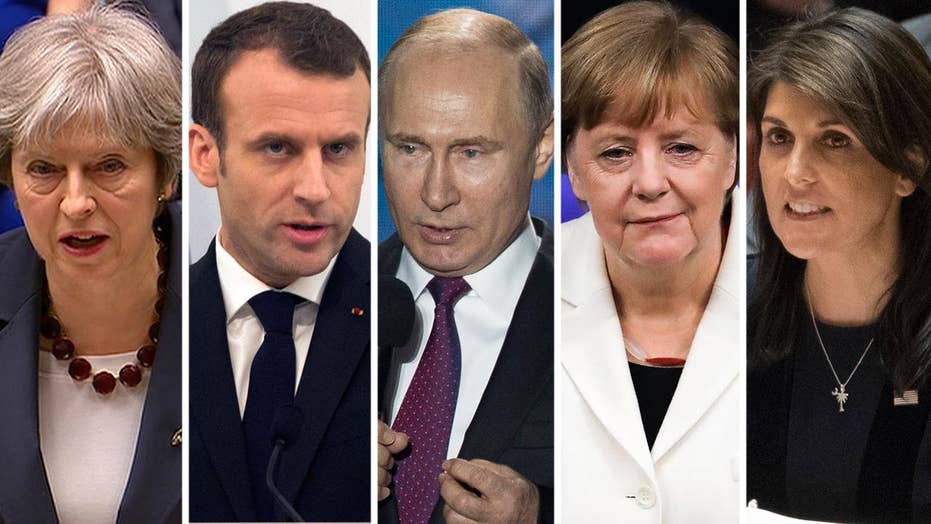 British Foreign Secretary Boris Johnson said Monday that Russia is “not fooling anyone” with its “increasingly absurd” denials of poisoning ex-spy and his daughter with a military-grade nerve agent in Britain.

The top British official accused Vladimir Putin – who extended his rule for another term on Sunday after a landslide election victory – of trying to hide the truth of his regime’s involvement in the attack on the British soil.

“The Russian denials grow increasingly absurd,” Johnson said in Brussels prior the meetings with EU leaders. He said the U.K. has the full backing of its European partners. “I think what people can see is that this is a classic Russia strategy of trying to conceal the needle of truth in a haystack of lies and obfuscation.”

Johnson said many in the European Union have been victims of “malign Russian behavior” and that Moscow is “not fooling anybody anymore.”

In this image dated Friday March 9, 2018, and issued Saturday March 10, 2018, by Britain's Ministry of Defence, showing troops in protective gear as they work to remove a contaminated police car from the Accident and Emergency entrance at the District Hospital in Salisbury, England. (Pete Brown/MoD via AP)

Johnson has been the leading voice in criticizing Russia over the weekend for its alleged involvement in the poisoning attack of Sergei Skripal and his daughter Yulia.

On Sunday, he claimed Britain has evidence Russia has been stockpiling a nerve agent in violation of international law “very likely for the purposes of assassination.”

“The Russian state has been engaged in investigating the delivery of such agents, Novichok agents ... very likely for the purposes of assassination,” he said.

The trail of blame of the nerve agent attack in Britain “leads inexorably to the Kremlin,” he added, noting that the country has been producing the nerve agent despite its claims to the contrary.