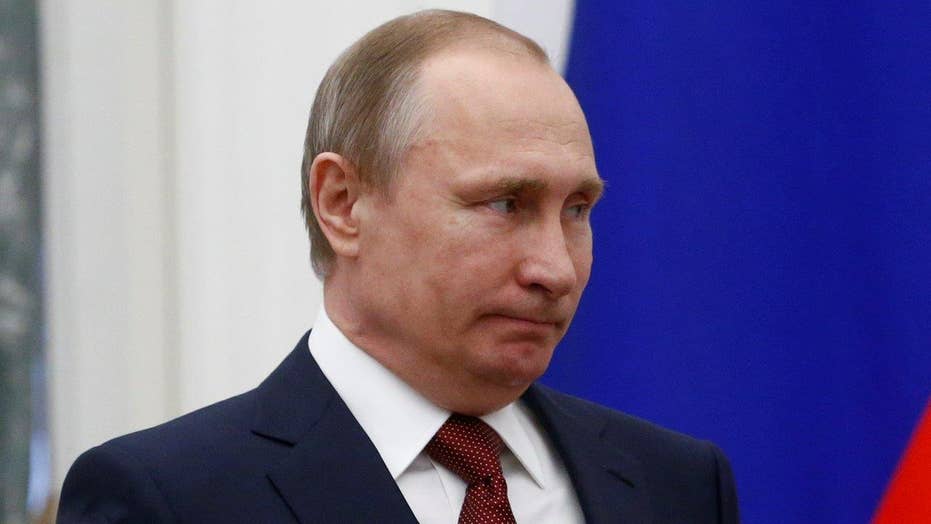 Stavridis on Putin: We need to meet strength with strength

Russian President Vladimir Putin signed into law last week a measure punishing any kind of religious evangelization outside of churches, which some observers have called one of the most restrictive move in "post-Soviet history."

"This new situation resembles the Soviet Union in 1929. At that time confession of faith was permitted only in church," Hannu Haukka, president of Great Commission Media Ministries, told National Religious Broadcasters, according to Breitbart News. "Practically speaking, we are back in the same situation. These anti-terrorist laws are some of the most restrictive laws in post-Soviet history."

The law, which is supposed to be aimed against the spread of terrorism and extremism, has also been approved by the Russian Parliament's upper chamber. The move blocks the sharing of faith in any place that is not a government-sanctioned house of worship.

Charisma News reported that thousands of churches in Russia are coming together in prayer and fasting against the move, based on information shared by Haukka.

"The church is appalled at the news of the new law. About 7,000 evangelical/protestant churches are in fasting and prayer at the moment over the news," Haukka said.

The Christian Post reported earlier this month that several Christian groups in Russia have already spoken out against the draconian measures, with the Seventh-day Adventist's Moscow-based Euro-Asia Division stating that it is nearly "impossible" for religious believers to comply with the requirements.