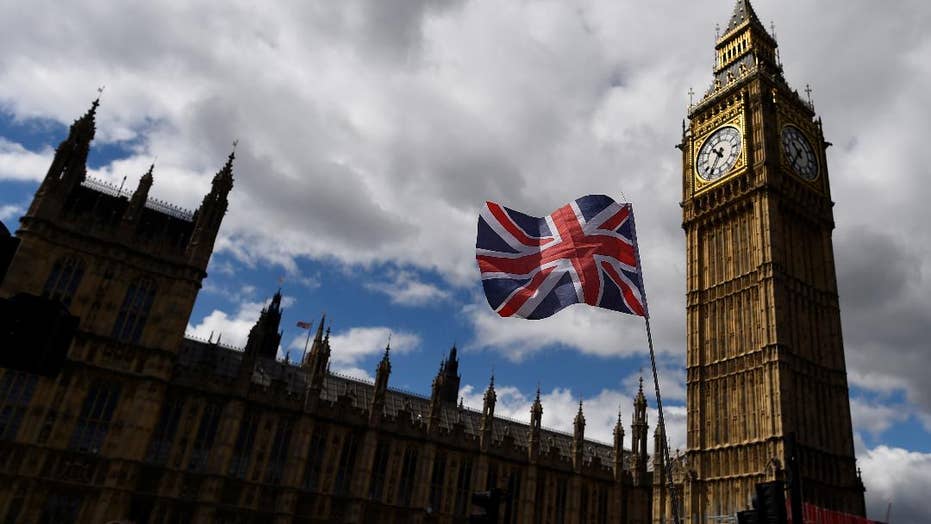 As British voters head to the polls, FOX Business' Ashley Webster breaks down the three key issues impacting the election

Voters will head to the polls on Thursday to vote in the United Kingdom's snap general election. Below are some key points about the election and its major players.

What is a snap election?

"Snap election" refers to an election that's held early. U.K. Prime Minister Theresa May called for such an election in April.

British prime ministers used to have the power to call elections at will, but the Fixed-Term Parliaments Act, passed in 2011, makes things more complicated. Under the act, national elections are held every five years, in May.

The prime minister, however, can call an early election if two-thirds of lawmakers support it. The House of Commons voted 522-13 in favor of an early general election in April.

Why is a snap election being held?

May called a snap election in hope of increasing the Conservative majority in Parliament, saying that would strengthen Britain's hand in European Union exit negotiations.

The Conservative Party holds 330 of 650 seats in the House of Commons. The Labour Party, led by Jeremy Corbyn, holds 229 seats.

MAY WIN NO LONGER A SURE BET AFTER TERROR ATTACKS

What time do polls open and close?

Who can vote in a general election?

People can vote if they are registered voters, at least 18 years old and have "British, Irish, or qualifying Commonwealth" citizenship, according to the Electoral Commission.

A number of groups are unable to vote in the election - among them members of the House of Lords, E.U. citizens residing in the U.K. and "anyone other than British, Irish and qualifying Commonwealth citizens," according to the Electoral Commission.

Convicted people "detained in pursuance of their sentences" as well as people found guilty in the last 5 years "of corrupt or illegal practices in connection with an election" cannot vote either, the commision says.

What do I need to know about the election, as well as the race between May and Corbyn?

The election was expected to be dominated by Brexit, but after the recent deadly attacks in Manchester and London which killed 29 people, it has become a battle over security.

The attacks have raised awkward questions about May's record. She's been criticized by opponents for slashing the police force by 20,000 officers when she was interior minister between 2010 and 2016. May was also responsible for security services that failed to keep tabs on Khuram Butt, one of three men who went on a vehicle-and-knife rampage around London Bridge on Saturday.

Before the attacks, the polls were narrowing. May's campaigning style was criticized as stiff and lackluster, and some Conservative policy proposals got a hostile reception, including a plan to make pensioners pay for more of their care.

Corbyn, meanwhile, emerged as a British Bernie Sanders, energizing a youthful base with his unflashy style and proposals to increase government spending after seven years of austerity. Corbyn is a veteran socialist who has opposed British military interventions and tougher anti-terrorism laws for decades.