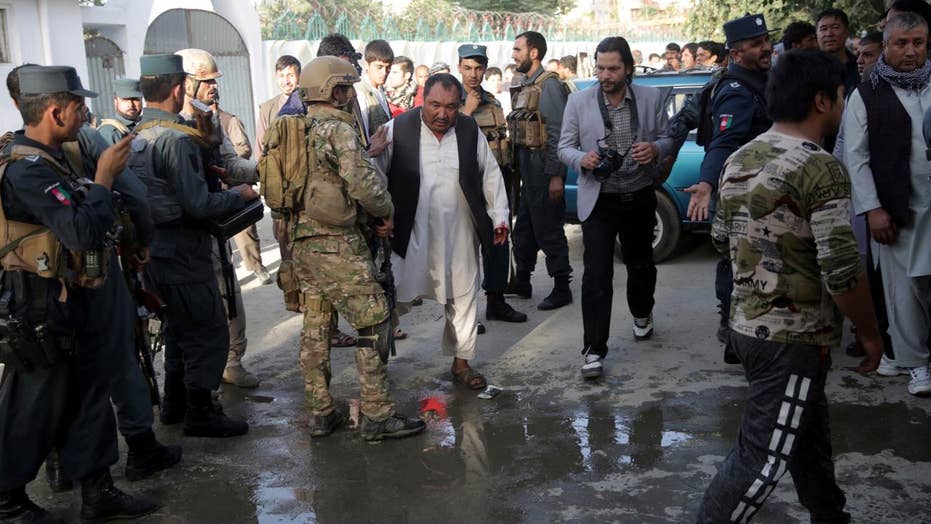 At least 20 dead after attack on Kabul mosque

An Afghan official says a Shiite mosque in the capital, Kabul, has come under attack as gunmen stormed the mosque while worshippers were at prayers.

The police are reporting that there are sounds of explosions and gunfire at the scene of the attack on Friday but details are sketchy. There was no immediate information on any casualties.

Police official, Mohammed Jamil, says the gunmen are still inside the mosque, which was crowded with worshippers bowed in Muslim Friday prayers. The mosque is located in a northern neighborhood of Kabul.

Jamil says that Afghan security forces have surrounded the mosque but are not advancing or pushing into it to prevent more casualties.

He says the Taliban sustained heavy casualties. There was no immediate comment from the Taliban.

The summer fighting season in Afghanistan has been brutal so far this year, with relentless Taliban attacks around the country as the insurgents battle to expand their footprint.