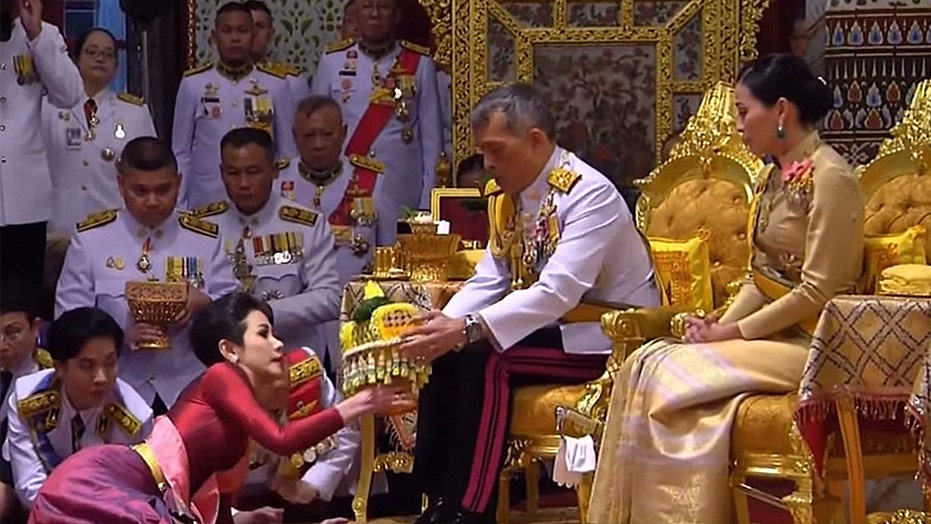 The King of Thailand held an odd ceremony Sunday where he named one of his top generals and longtime girlfriend as his official mistress, a role that has not formally been acknowledged since 1921.

In the televised ceremony, which also fell on Rama X’s 67th birthday, he awarded Sineenat with four medals including the Most Illustrious Order of Chula Chom Klao, 1st Class and the Most Exalted Order of the White Elephant.

Sitting alongside Rama X, was his new wife - of less than three months - General Suthida Vajiralongkorn.

Suthida, who was a former consort and Thai Airways flight attendant, married the King in an official ceremony on May 1 where was named the official Queen consort of Thailand.

Rama X has been married four times. He married his first cousin Princess Soamsawali Kitiyakara in 1977 and had one child. They later divorced but not before he fathered five children with Yuvadhida Polpraserth, who eventually became his second wife. They married in 1994 but divorced two years later. In 2001 Rama X married his third wife and they had one child in their 13-year marriage before divorcing in 2014.

This is the first time that a Thai king has openly had more than one partner since the end of the absolute monarchy in 1932, The Times reported.

The last Royal Noble Consort was named in 1921. The last four Thai kings were all monogamous aside from King Rama VIII who never married.