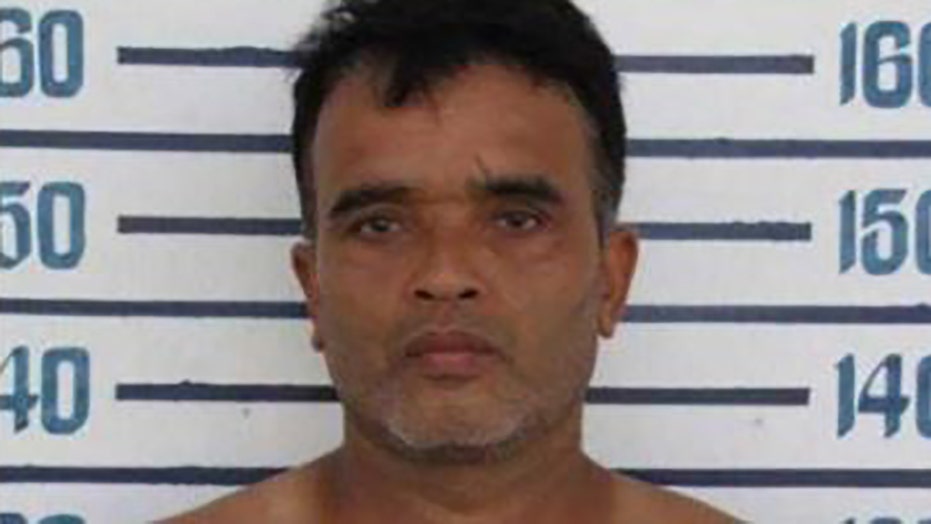 A convicted serial killer known as “Jack the Ripper of Thailand” was arrested Wednesday after a fresh killing launched a nationwide manhunt for the "dangerous" murderer just months after his early release for good behavior, Thai investigators said.

Somkid Poompuang, 55, was arrested aboard a train after being identified as a suspect in the murder of 51-year-old Rasamee Mulichand at her home on Sunday, the Royal Thai Police said.

Mulichand was found dead with clear tape wrapped around her neck and a cell phone charging cable tied around her ankles, the Bangkok Post reported. She had died of suffocation, police said.

The murder of Mulichand comes just seven months after Somkid was released for “good behavior" from the prison where he was serving a life sentence. He was convicted in 2005 in the killings of five women who worked as nightclub entertainers and masseuses by strangling or drowning them. He served 14 years before his early release in May.

Police Col. Khajornrit Wongrat, who is overseeing the new murder investigation, said Mulichand had met a man on Facebook and he had moved in to live with her earlier this month.

“She told her daughter and neighbors that she was going to marry the man on Dec. 15, which was the day she died,” Khajornrit said. “The boyfriend went missing on the day, too.”

Mulichand’s 25-year-old son told the paper that his mother had earlier said the man was a prominent lawyer in Thailand and had promised to buy her a car.

Photos that Mulichand posted on her Facebook page of her and her boyfriend led police to conclude the man actually might be Somkid. Police launched a manhunt and released his photos and details to the public, offering a reward of 50,000 baht ($1,655) for information leading to his arrest, along with a warning that he is very dangerous.

A student couple on a train going from the northeast to Bangkok called the police to tell them Somkid was sitting near them, and he was arrested when the train made a scheduled stop.

Corrections Department Director-General Narat Sawettanan said at a news conference that releasing Somkid was a mistake and he appointed a committee to consider a new policy for reducing the sentences of well-behaved inmates.

Police have yet to release any new charges filed against Somkid.