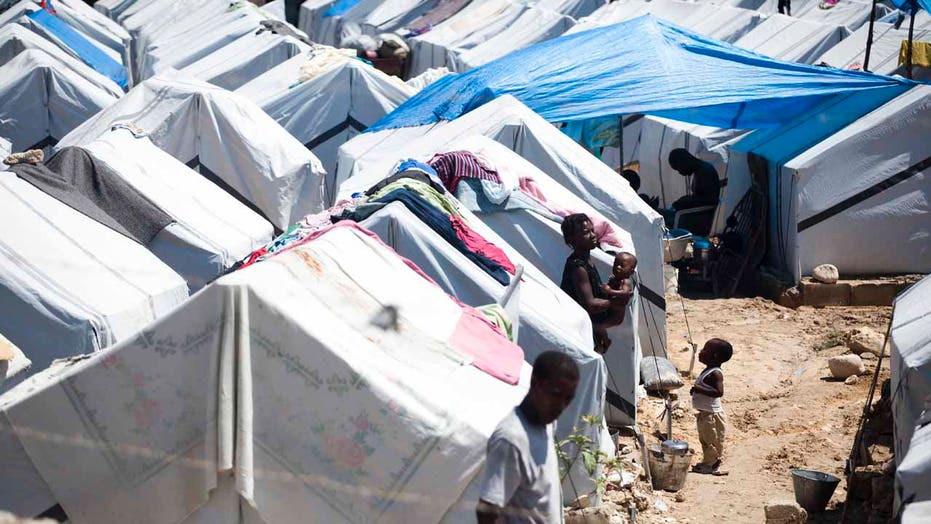 A decade after Haiti's most deadly earthquake that claimed 316,000 lives, left 1.5 million homeless and another 1.5 million injured, the Caribbean country has seen little progress after billions of dollars were promised in aid.

Ricot St. Paulin, senior manager of program support for Compassion Haiti, said recently that it's staggering to look back at the Jan. 12, 2010, magnitude-7.0 earthquake.

"I can't really imagine that [the earthquake] happened to us. It's really huge," Paulin told Fox News. The Haitian-native lost his youngest brother in the quake who was 26 years old, but he thanks God they were at least able to locate his body to bury him.

Now 10 years later, he has mixed reactions thinking back to that day and seeing the work Compassion has done in the poorest country in the Western Hemisphere.

"We have come so far but there is still a long way to go, especially at the country level," St. Paulin said. Billions of dollars were promised from the U.N. and other organizations but much of it was mismanaged or lost and little has been shown as people are still living in tents and poverty and homeless still abound.

"The way the Haitian children are still living it's like we missed the momentum," he added. "Things are even getting worse, unfortunately."

A man searching through the rubble of buildings in the wake of the Jan. 12, 2010 earthquake that devastated Haiti.

"There are still many challenges in Haiti," St. Paulin said. "Keep praying for us so that we can have wisdom and guidance for the Lord. Pray also that our young leaders would be able to live in their roles impacting and changing the community."

But that hasn't stopped the progress for Compassion, a Christian ministry focused on child sponsorship.

"We rose from the rubble," St. Paulin said of the work he's done with Compassion. "The ministry has gotten stronger. We are serving more children."

They now have 353 church partners throughout the country helping more than 125,000 children and youth.

School children and their families participate in a funfair day at an earthquake-proof school built by Compassion that opened in 2013. (Compassion Haiti)

Compassion works with children in the most impoverished parts of the country. In the devastating aftermath of the quake, they reopened the office and hit the ground running.

They opened a disaster response office and built 30 earthquake-proof school buildings so children have a safe place to be. Compassion also offered microloans to affected families so they could feed their families.

St. Paulin said there have been so many encouraging stories from their efforts.

One of the earthquake-proof school buildings built by Compassion in the wake of the deadly 2010 earthquake. (Compassion Haiti)

One single mother of seven was a fisher before the earthquake but was left hopeless and with nothing. After getting the microloan, however, today she funs a freezing fish business and provides fish to other restaurants. She is able to take care of her kids and extended family, as well as employing others.

It's stories like these that keep St. Paulin going and make him so grateful for support from sponsors around the world that make their work possible.

"This is a way to influence the next generation because we are investing in them. Our mission is to equip the churches so that they can help the children and youth become disciples of Jesus Christ," he concluded. "We exist to release children from poverty in Jesus' name."